According to the PC-I details, the motorway project will be completed at a hefty cost of PKR 276 billion, however, its benefits will far exceed its costs both in economic and social development terms as per the details elaborated in the approved PC-I of the project. The project has been a longstanding demand of the citizens of the Southern parts of Khyber Pakhtunkhwa and will benefit scores of cities, towns and villages along this southern provincial road network to get underway soon.

Chief Minister Khyber Pakhtunkhwa, Mahmood Khan also gave the project a formal go-ahead on the project after a detailed briefing by the Additional Chief Secretary on the various key aspects of the project including its cost-benefit analysis. The Additional Chief Secretary in his briefing to the Chief Minister said that the 360 km long motorway would link all the Southern Districts, including better access to this part of the Merged Areas with the rest of the province as well as other parts of Pakistan to boost the region’s economy as well as strengthening the social ties at the national level.

As per the approved design of the project, the six-lane sprawling motorway includes 19 interchanges, 2 tunnels at Dara Adam Khel and Banda Daud Shah and 113 major structures.  This section of the national motorway will start off from Peshawar and pass-through Darra Adam Khel, Kohat, Hangu, Karak, Bannu and Lakki Marwat to finally end up at Dera Ismail Khan. The meeting was also attended by the Secretary Communication & Works, Secretary Local Government, Secretary Agriculture and other key officials from the Planning and Development Department.
Previous
Next 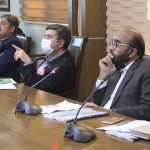 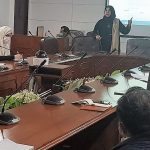