Department of Transport ranks first with 74% utilization of funds released during first quarter. Road sector came second with 67% and energy sector came third with 61%. The Chief Minister expressed dissatisfaction over the status of approval of PC-1 for new projects included in the current annual development program. CM issued deadline for all departments to get their PC-1 approved by relevant forums by the end of this month.

The meeting will consider in detail the reforms in the contracting process of development projects. The Chief Minister decided to form a committee headed by the Provincial Finance Minister to reform the entire contracting process. The committee will submit concrete proposals in this regard for approval within 15 days. Ministers and Administrative Secretaries should hold monthly meetings to review the development plans of their departments and submit reports. 100% development funds have been released to all departments, utilization rate of released funds should be further improved, the Chief Minister said. Special attention should be given to the priority projects of the provincial government and projects close to completion.  Those projects which have a direct impact on the lives of the people of the province, their timely completion should be ensured, said the Chief Minister. Ensure practical progress on all mega projects of the current government, the cm said. 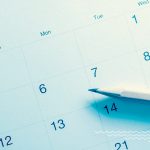