The Chief Minister expressed dissatisfaction over the speed of implementation of some ongoing highway projects in the province under NHA. The CM directed the concerned authorities to take necessary steps to expedite the progress on these projects. The priority and workable plans of the provincial government for inclusion in the PSD for the next financial year should be finalized in time, the Chief Minister said. PC1s of all proposed projects to be included in new PSDP should be approved by PDWP by end of this month Mahmood Khan said.

The issue of purchase of land for construction of 32 km Northern Bypass Road Peshawar has been resolved, briefing said. The project will be completed by December 2022 at a cost of Rs 21 billion.

The plan to make 89 km old Bannu road two lanes at a cost of Rs 17 billion will be completed by August 2022, briefing said. Land Acquisition for Construction of 153 Km Chitral-Boni-Mastuja-Shandor Road In progress, the Briefing said. Tender for 46 km Chitral-Avon-Bamburit road project to be issued within a month, the briefing said.

According to the briefing 63 projects in various sectors have been identified for inclusion in PSDP for FY 2022-23. Out of these proposed projects, PC1s of 32 projects have been prepared so far. 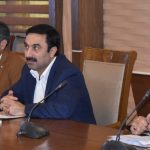 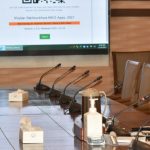