The Khyber Pakhtunkhwa government has decided in principle to divide these departments into two parts to ensure better management of the health and agriculture and livestock departments and efficient management of their administrative affairs. By increasing the process of providing public services can be improved and their administrative matters can be brought in line with the current requirements.

Chief Minister Khyber Pakhtunkhwa Mahmood Khan, while agreeing in principle with the proposed plan to divide these departments into two separate administrative departments, directed the concerned authorities to submit final proposals in this regard to the Cabinet for formal approval. The Chief Minister directed the concerned authorities to expedite the various reform processes in other provincial departments as well and submit a report on the progress made so far in this regard.

He was presiding over a meeting on Monday to review the ongoing reform process in various provincial departments. The meeting was briefed on various issues and suggestions regarding the division of Health Department and Agriculture and Livestock into two parts.

According to the initial plan, the primary health care sector will be separated from the health department while it is proposed to separate the livestock sector from the agriculture department.

Meanwhile, the Chief Minister was briefed about the preparations for the Annual Development Program for the Fiscal Year 2021-22 and the development projects to be completed during the current financial year. The meeting was informed that at present a total of 836 development projects of various types in the province are in the final stages of completion which will be completed by the end of this financial year. The Chief Minister directed the concerned authorities to start preparations for the next annual development program now and take necessary steps to finalize it in time. 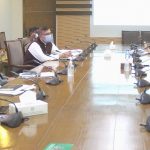 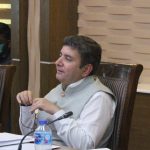