Implementation of the Second Phase of AIP

On this occasion, Additional Chief Secretary Khyber Pakhtunkhwa Mr Shahab Ali Shah said that the second phase of AIP is based on preferences, opinions and suggestions of tribal people formed during the consultative sessions held in 25 sub-divisions of the integrated districts. The second phase of AIP is mainly focused on the sectors of health, education, agriculture, irrigation and other sectors necessary for the needs of tribal people. 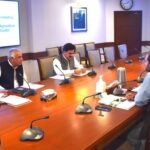 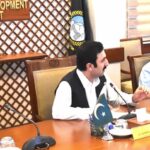