During the meeting, detailed discussions were held regarding Green Hydrogen Project and Khanpur Sustainable City. Excellency Abdullah Al-Mutairi said that the work on the projects would be started soon. He also expressed interest in other development projects.

It may be recalled that a function was held at the Chief Minister’s House today to issue Letters of Intent to Ennertech Holdings. Chief Minister Khyber Pakhtunkhwa Mahmood Khan was the chief guest at the function. The event was attended by provincial cabinet members, the CEO of Enertech Holdings and relevant government officials. The Kuwaiti investment company will invest 1 billion dollars in the province. 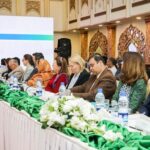 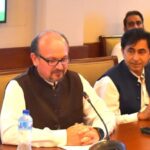