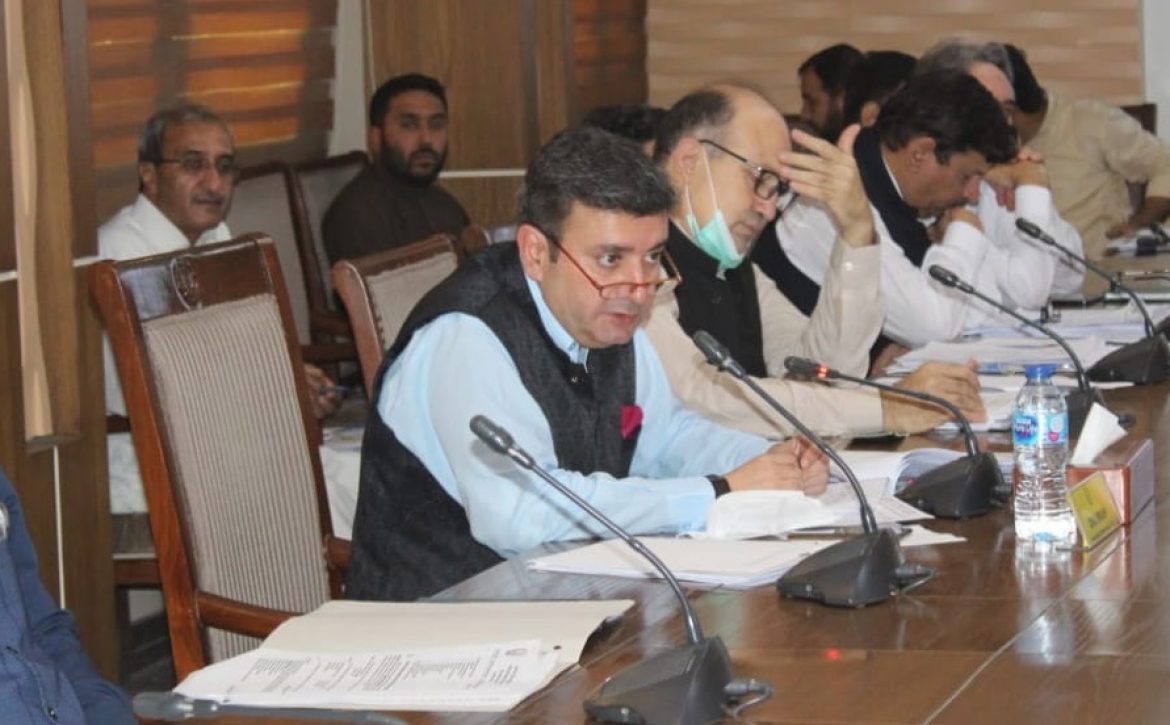 The 9th meeting of Provincial Development Working Party (PDWP) was held under the Chairmanship of Mr. Shakeel Qadir Khan, the Additional Chief Secretary P&D Department Khyber Pakhtunkhwa on 22nd October, 2020. The meeting was attended by members of PDWP and concerned departments. The forum considered 50 schemes pertaining to E&SE, Food, Home, Excise, Information, Water, Industries, Multi-sectoral Development, Relief & Rehabilitation, Roads, Transport and Establishment & Administration sectors for the uplift of the province. The forum approved 39 schemes with an estimated cost of Rs. 48999.792. 1 scheme was cleared by PDWP and was recommended for approval of CDWP, while 10 schemes were deferred due to inadequate designs and were returned to their respective departments for rectification.

Approved scheme of Food sector was:
11.    Construction of Food Grain Godowns in the Merged Districts (AIP).

Approved scheme of Information sector was:
14.    Establishment of Communication and Social Media Cell For Publicity of AIP Projects & Launching of Mass Awareness Campaigns in Newly

PC-I, Tender & Contract Documents for Improvement and Rehabilitation of 112 KM Roads in Khyber Pakhtunkhwa Province under Grant in AID

to Tangi Budinzai up to Larima with Link Road to Ladha Pet Welai Road 5 Kms) in SWA. (Umbrella) [MA]
33.    Construction of 10 Km Road in, District Swabi. 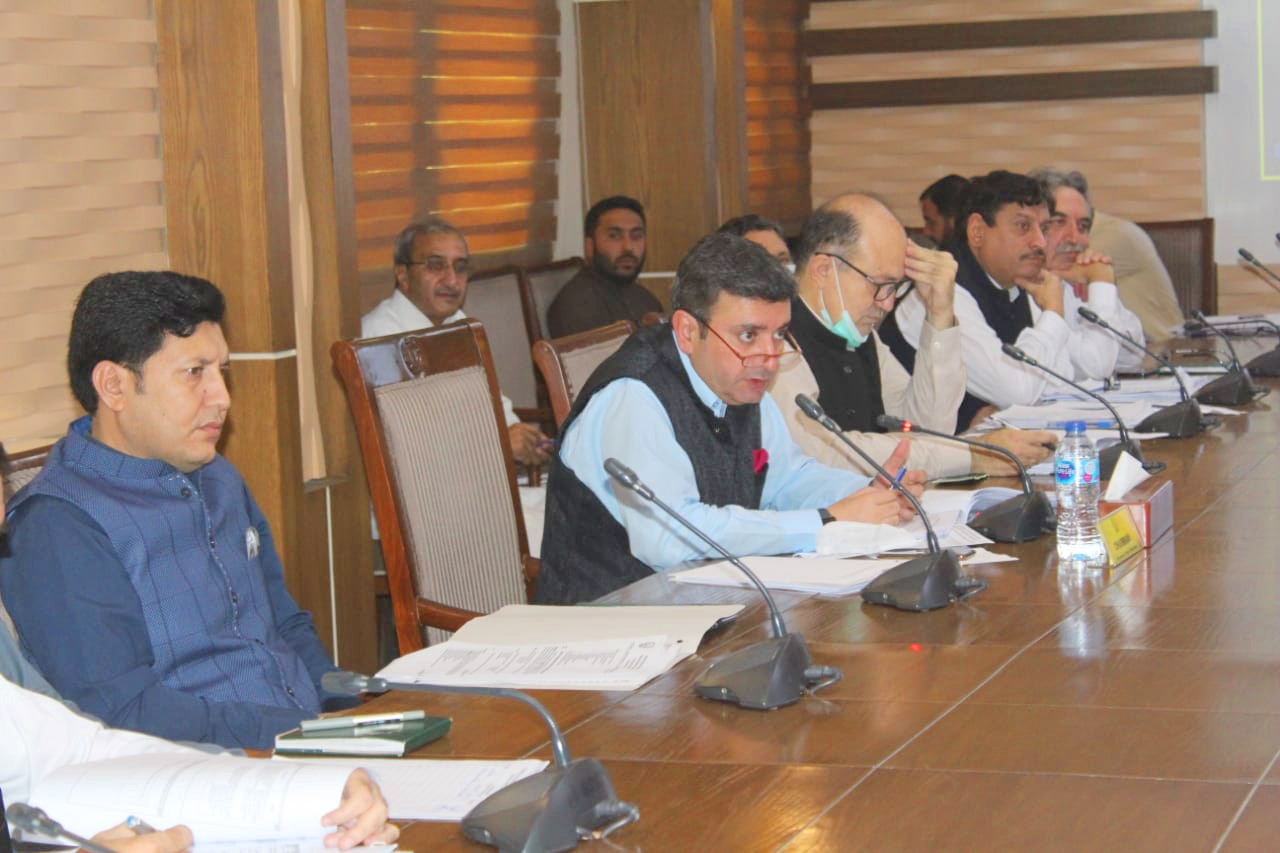 The provincial government is committed to implementing a pro-poor, pro-people reform agenda to respond to the grievances of the public about the inadequacy of social services, an under-performing judicial system, an ineffective law and order regime and pervasive misgovernance. KP has suffered from a number of external and internal shocks – an influx of around 3 million Afghan refugees, militancy from within, and natural disasters – for over a decade. Electricity shortfalls have dealt a serious blow to the productivity of every sector of the economy.

Ensuring the success of its reform initiatives,the Government of Khyber Pakhtunkhwa has decided to institute a robust implementation mechanism, and has adopted a holistic,comprehensive and systematic institutional structure and process to develop and implement the reform initiatives.The present government has successfully sown the seeds for change.Not only has it succeeded in reaching out getting down to the grass-roots level,but it has also shown an improved financial performance as compared to the previous year.The departments have performed in a professional manner to attain the objectives set before them. Monitoring of the activities has added to the positive performance.Planning & Development Department is responsible for holding Quarterly/Annual reviews to monitor the physical and financial progress of the schemes. Cultural heritage,in its various manifestations, has been the focus of the provincial government where it will successfully preserve the invaluable assets of the province. The Environment is yet another area which has been under the constant focus of the provincial government. The present government is trying its level best to organize media cell for dissemination of information, acting like a bridge between KP Government and stakeholders on the one hand and public on the other, to reflect the undertaken efforts of the provincial government. This website aims to provide an effective platform to keep all the concerned updated.

Right of the Citizens Brochure June 2015

Right of The Citizens Brochure June 2015

The government of Khyber Pakhtunkhwa is progressing on its agenda for change by perusing a citizen-centric model for socio economic development, and focusing on reducing poverty and achievement of peace and tranquillity, through an integrated and holistic approach to development enshrined in the Integrated Development Strategy-214-18(IDS).The IDS spells out the broader counters of policy guidelines and strategic direction for growth led development. However, in order to have a detailed research-based and focused road map the Government of KP has developed an Economic Growth Strategy titled as “Reclaiming Prosperity in Khyber Pakhtunkhwa: A Medium Term Inclusive Growth Strategy” which is based on detailed research and viable economic models supported by a very robust data.

The act of social distancing and steps taken to ensure its success requires minimizing the short-term economic impact on the active labour force. In addition to mitigating the adverse effects, sustaining vital economic operations is also a necessity to ensure success of lockdowns and
restrictions. Otherwise, incentives to break through will increase. The mitigation strategy is an immediate response based on early assessment. It will be further developed and calibrated to mitigate the economic effects and minimize adverse effects on people’s wellbeing.

Khyber Pakhtunkhwa (KP) as a region, has one of the fastest population growth rates in the world estimated at around 3.6% per year. With fast growing population comes increased demand for infrastructure – more schools, hospitals, roads, transport networks, housing, facilities for enterprises etc. However, a resource constrained government struggles to raise enough capital from public finances to fund the expansion of the infrastructure.