The meeting approved the Rural Economic Transformation Project for 35 districts of Khyber Pakhtunkhwa, the total cost of the project is Rs 29 billion. Under the Rural Economic Transformation Project, projects will be worked on in four sectors of agriculture, forestry, social welfare and industries in all the districts of Khyber Pakhtunkhwa. The project will be completed in seven years and will benefit about 4.3 million people, 785,000 families. Under the project, 675,000 families will benefit from agribusiness development. 110,000 youth will be given skill development trainings and training in various other fields for employment. The main objectives of the project are poverty reduction, access to food, food nutrition security and making the rural population a part of economic development. The project will usher in a new era of economic development in Khyber Pakhtunkhwa. The project will be sent to the Federal CDWP. The meeting also approved the construction of playgrounds at the level of Union Council at a cost of Rs. 4 billion in Khyber Pakhtunkhwa, including the merged districts. 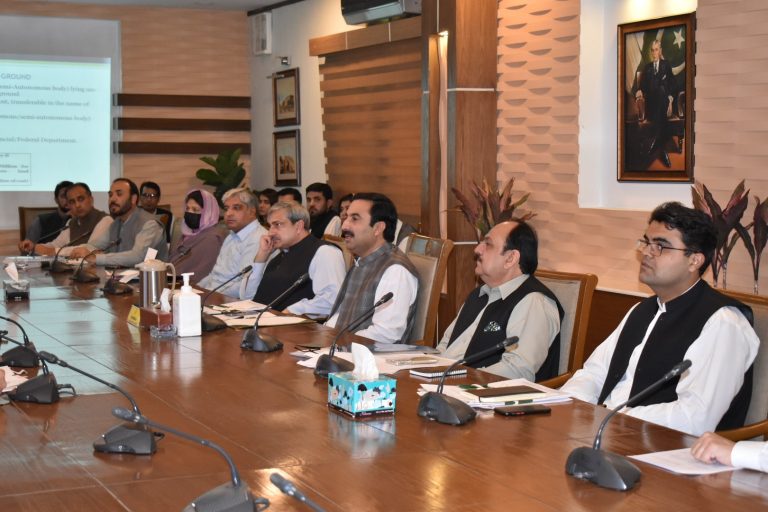 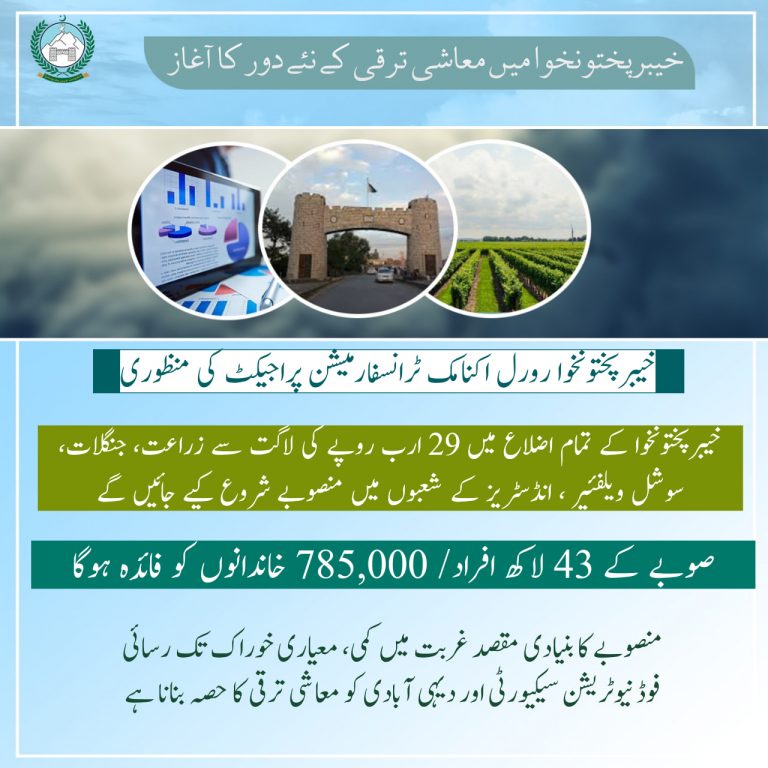 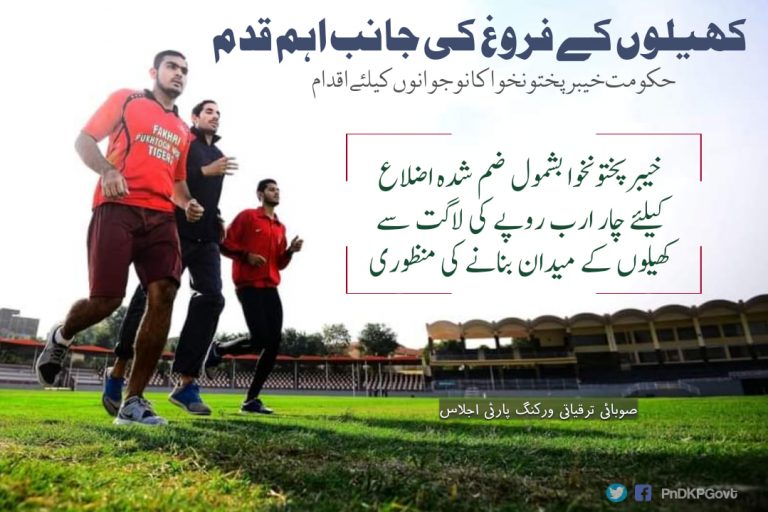 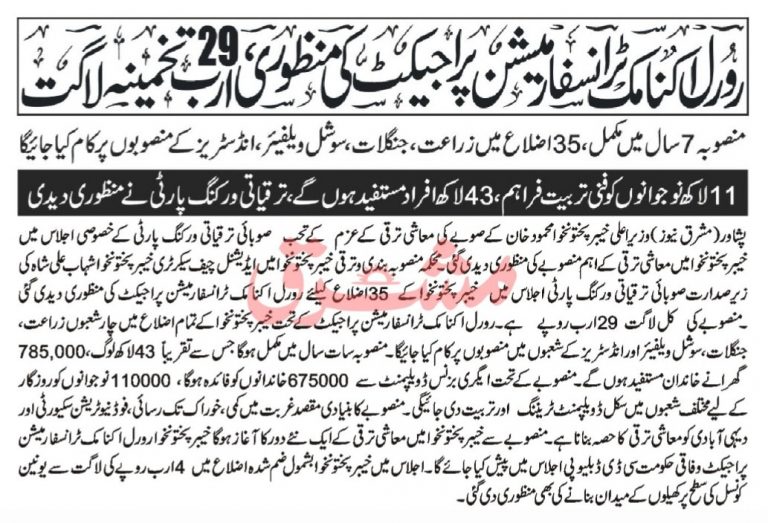 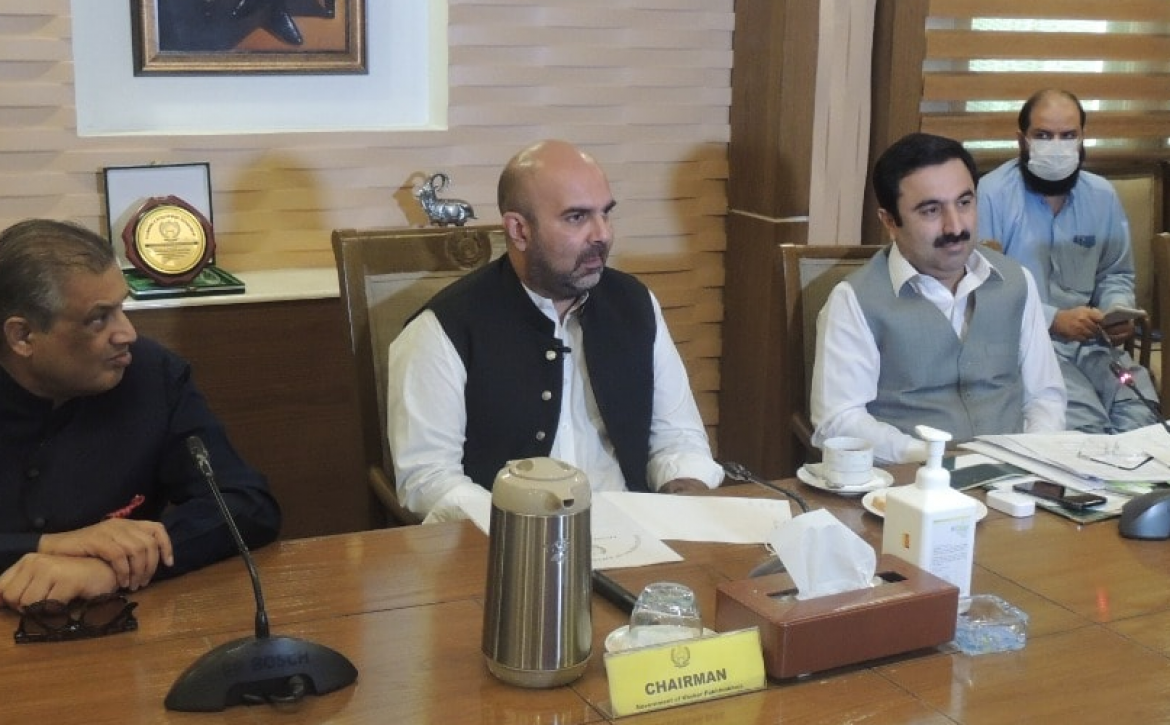 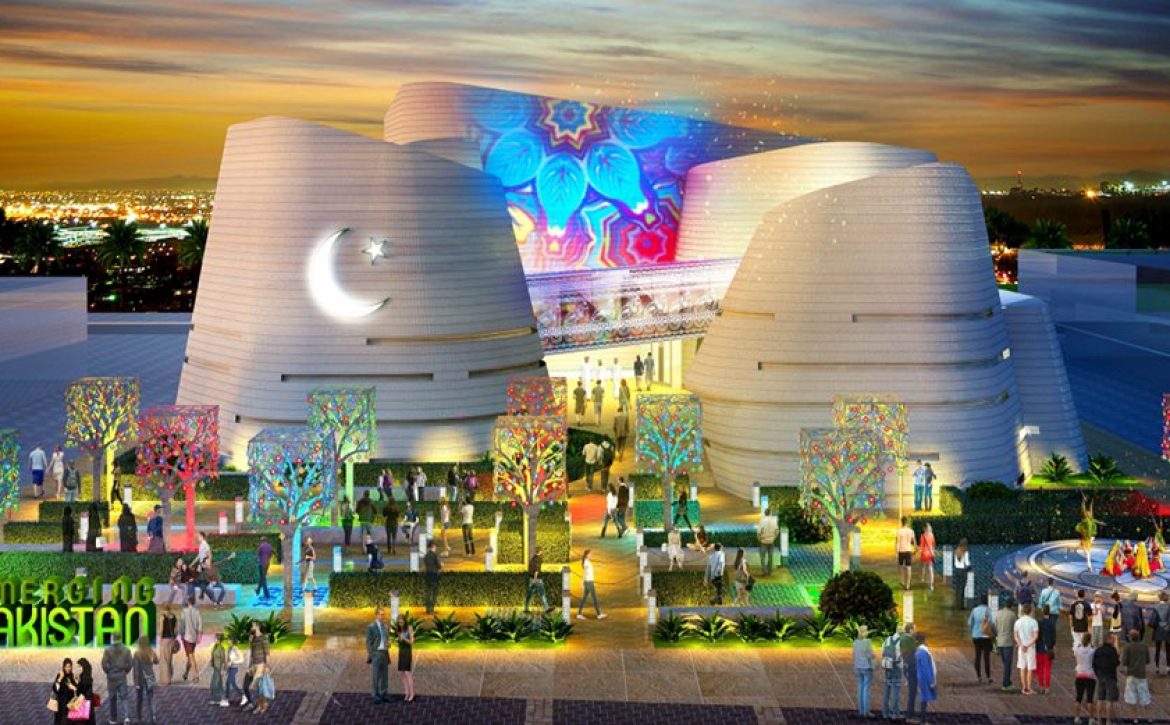 Meeting on Arrangement and Preparation for Dubai Expo

The Khyber Pakhtunkhwa government will participate in the Dubai International Expo in the United Arab Emirates to attract more foreign investment to the province and highlight the province’s positive image at the international level in which important projects of the provincial government for foreign investment will be presented. These projects will include tourism, agriculture, industry, minerals, and energy, infrastructure and information technology projects. In order to highlight the province’s culture and local products at the international level, the Dubai Expo will showcase the province’s culture, culture and archeology, as well as locally made products and a cultural show will also be organized for the said purpose.

The meeting was further informed that a strategy for business to business model has also been formulated in which private sector projects through representative organizations of industrialists would also be included in the expo. It was decided at the meeting that the Khyber Pakhtunkhwa Board of Investment and Trade would oversee the participation of the Khyber Pakhtunkhwa government in the expo and all the activities of the provincial government and all the concerned departments will finalize their plans by October 15 to present at the expo. Describing the Dubai Expo as an excellent opportunity to attract more investment from the province, the Chief Minister directed the concerned authorities to present at the expo the projects of the provincial government which are suitable for foreign investment and which have Feasibility studies and master plans. The Chief Minister further directed that arrangements and preparations for participation in the Expo should be finalized in a timely manner but implementation of the rules and regulations of the provincial government should be ensured in all respects. 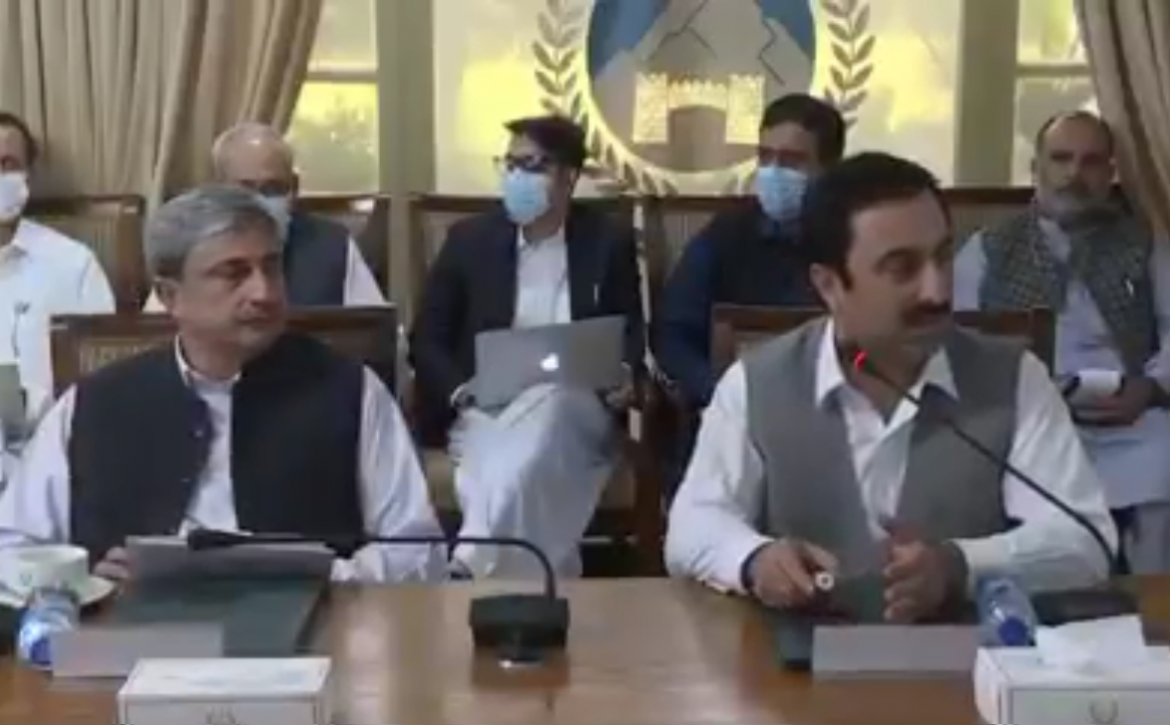 Khyber Pakhtunkhwa Chief Minister Mahmood Khan chaired a meeting on high priority development projects of the provincial government. The meeting reviewed the progress made so far on these development projects. In addition to the Additional Chief Secretary Khyber Pakhtunkhwa, the Administrative Secretaries of the concerned departments also participated in the meeting. 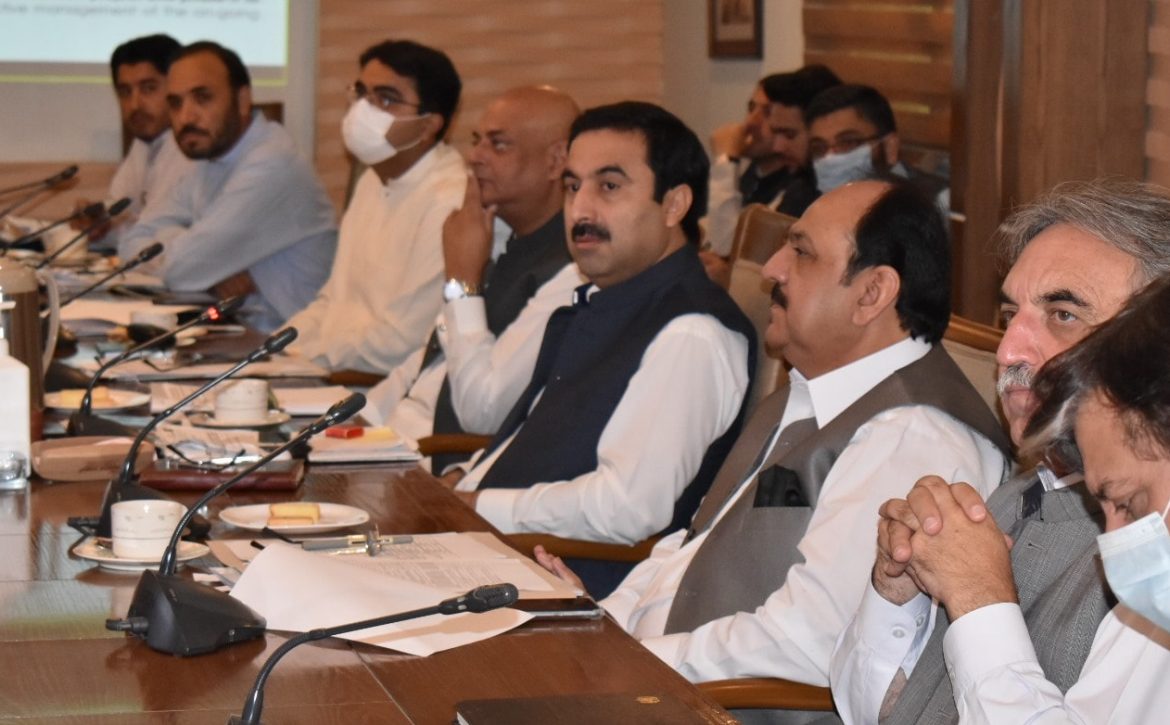 Khyber Pakhtunkhwa government has decided to build dams in Tank and Dera Ismail Khan Districts. The forum approved the feasibility and detailed design of Tank Zam Dam in Tank District and Choudwan Zam and Draband Zam Dams in DI Khan. The construction of the three dams will irrigate 19,721 acres of land while the Tank Zam Dam will also generate 25.5 MW of electricity. The approval of these projects will solve water availability problems in the area, facilitate water access, and increase agricultural production. These Projects will ensure food security in these districts as well.

KP Government took an important decision for the prevention and rehabilitation of drugs. The forum approved to set up rehabilitation and de-taxification centers in 12 districts of Khyber Pakhtunkhwa to rehabilitate drug addicts and make them useful citizens, the project will cost Rs. 74 crore. The Rehabilitation Centers will be set up in Peshawar, Charsadda, Shangla, Buner, Abbottabad, Mansehra, Upper Dir, Haripur, Lakki Marwat, Bannu, Hangu, and Tank. The centers will provide vocational training and education to raise drug addicts to a normal life, raise awareness about the diseases caused by drug use and guide the affected families.

The Khyber Pakhtunkhwa government has approved the remodeling of the Bara Canal River system in Khyber District. The Bara Canal System was built in 1979-80 and will irrigate 44,900 acres of land. An Rs 1.1 billion project was approved for rehabilitation of canal structure, lining of canal, construction of new structure, construction of farm to market roads around the project in Bara and Peshawar. The remodeling will ensure water access to the land adjacent to the project.

Khyber Pakhtunkhwa government took initiative to promote information technology in the province. Feasibility of 1200 kanal Special Technology Zone in Mardan at Rs 5.6 crore, feasibility and design of IT Park at Abbottabad at Rs 5 crore and feasibility of Gandhara Digital Complex project at Peshawar and Swat at Rs 15.5 crore were approved.

Promotion of higher education in integrated districts is the top priority of Khyber Pakhtunkhwa government. The Provincial Development Working Party has approved 12 degree colleges for the integrated districts as per the directions of Chief Minister Khyber Pakhtunkhwa Mahmood Khan at a cost of Rs 5.22 billion. The following Degree collages will be established according to the plan: 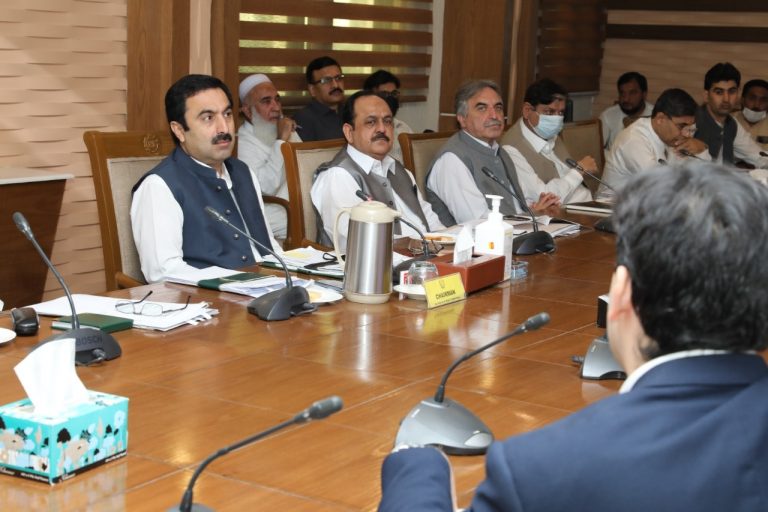 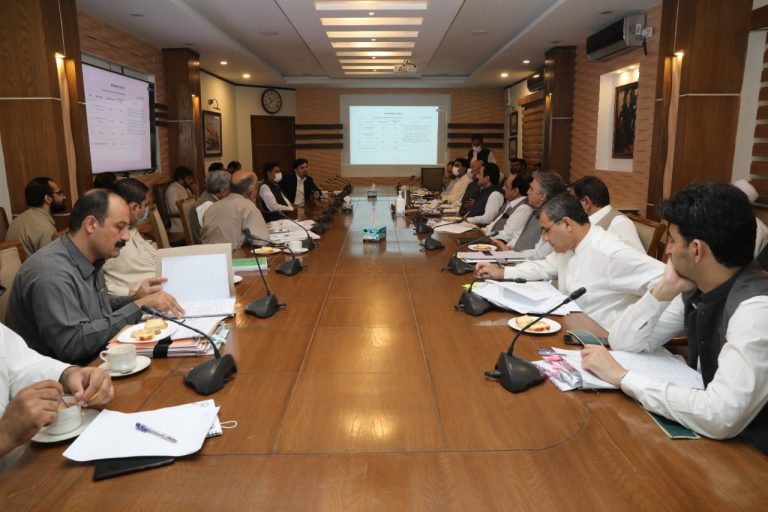 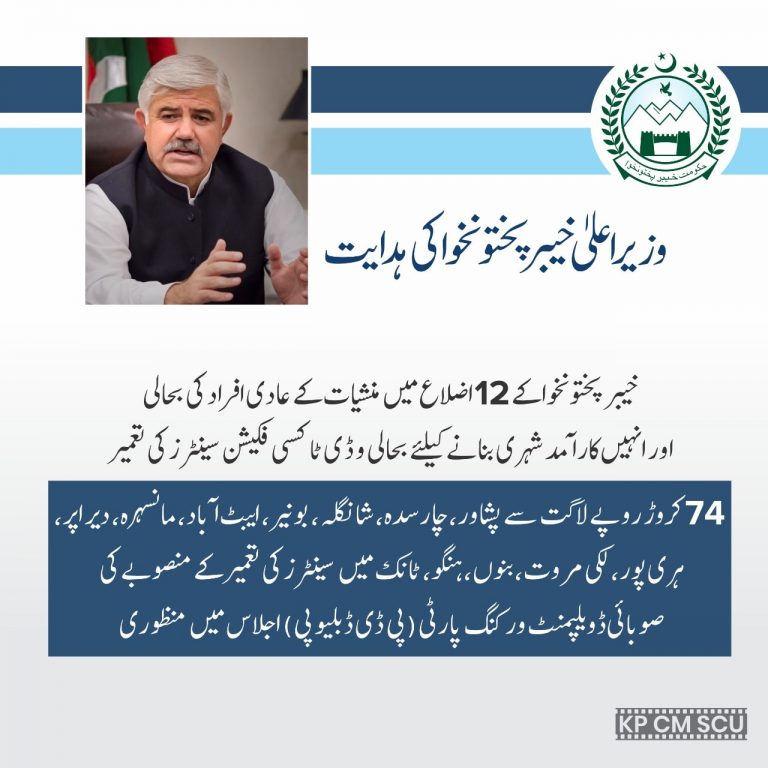 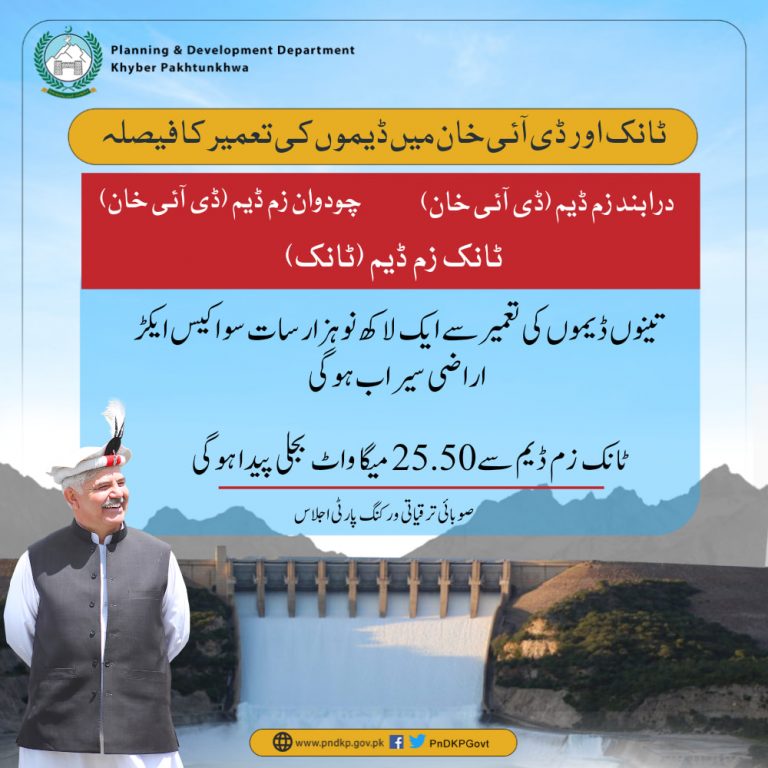 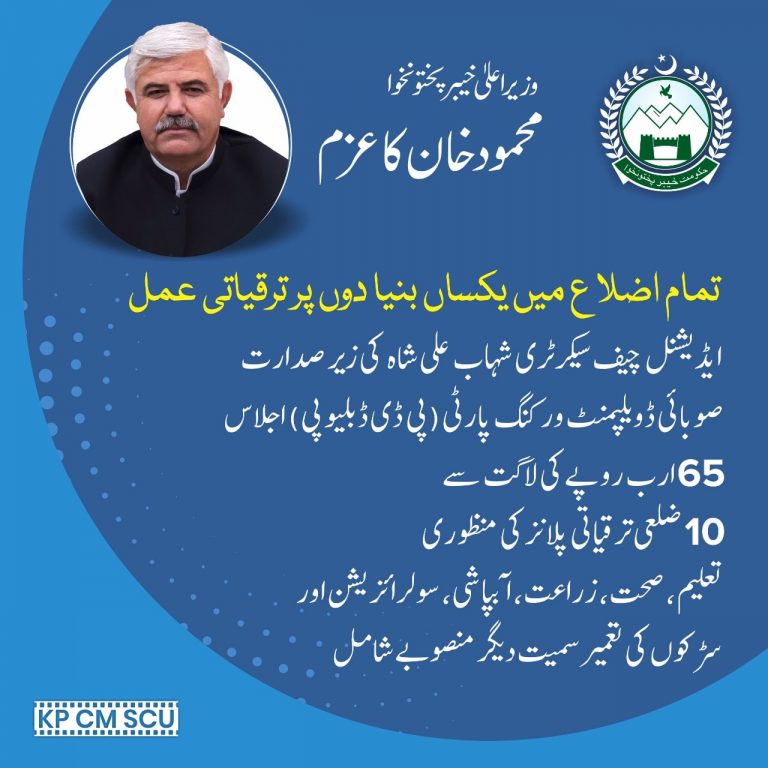 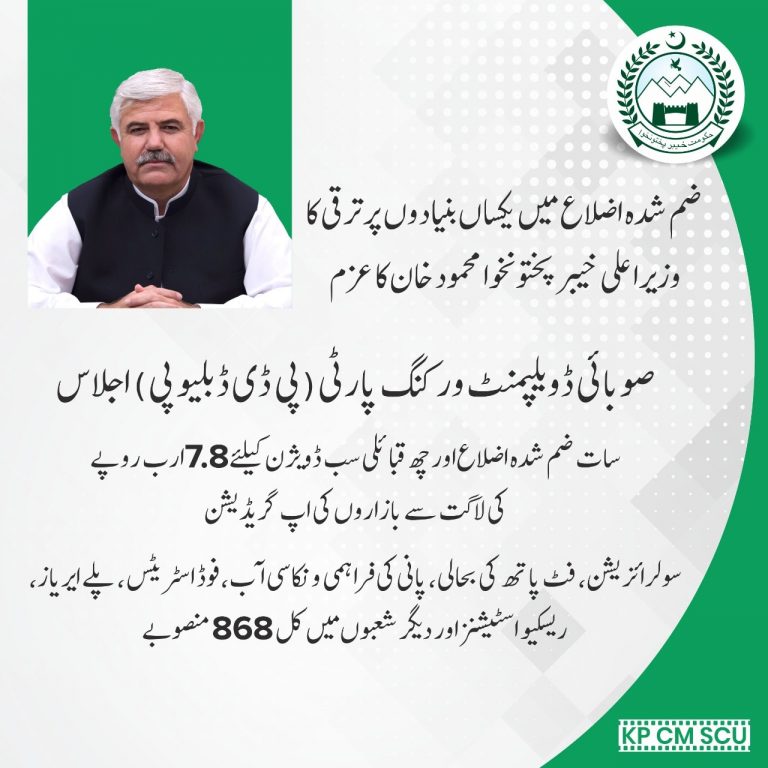 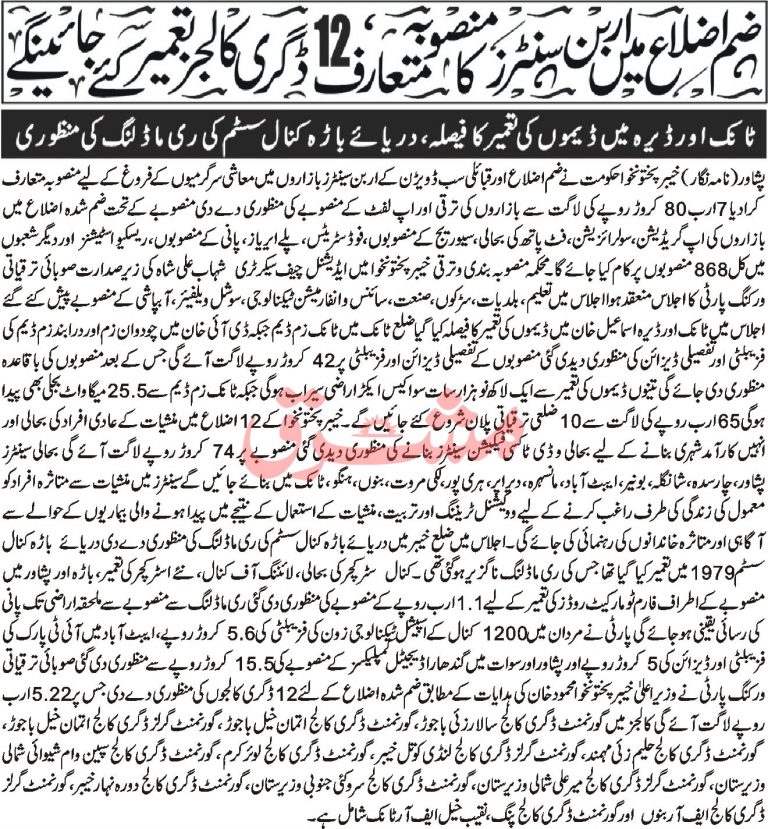 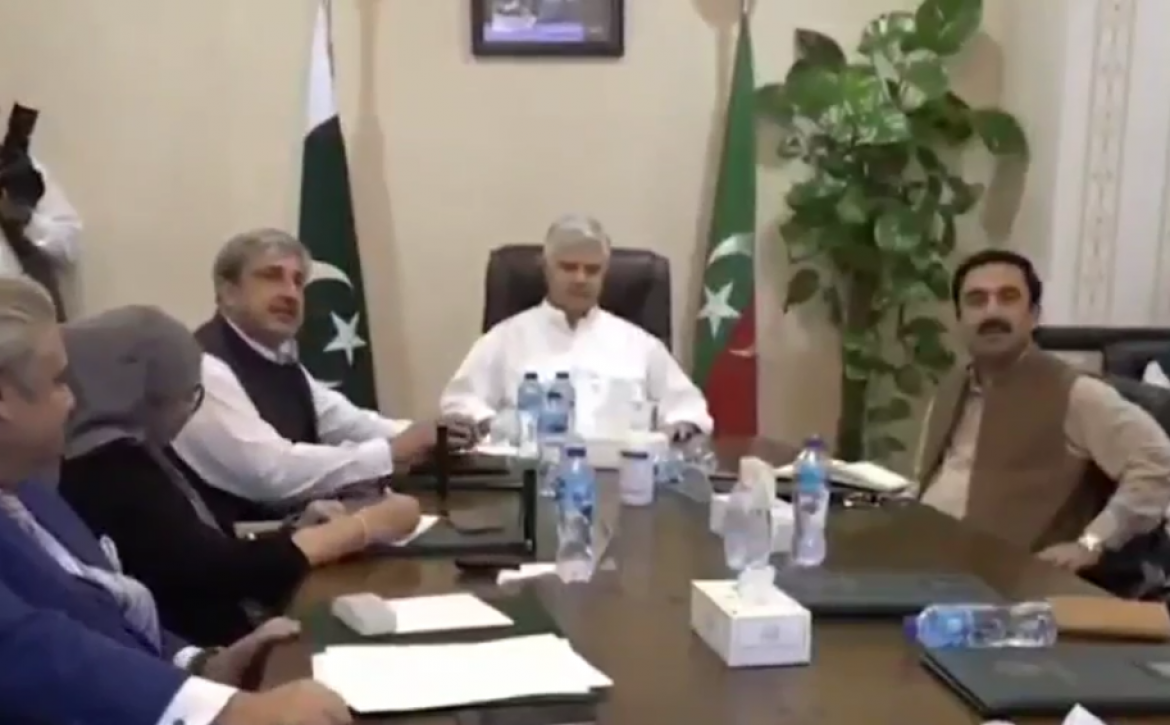 Promotion of Tourism in Khyber Pakhtunkhwa 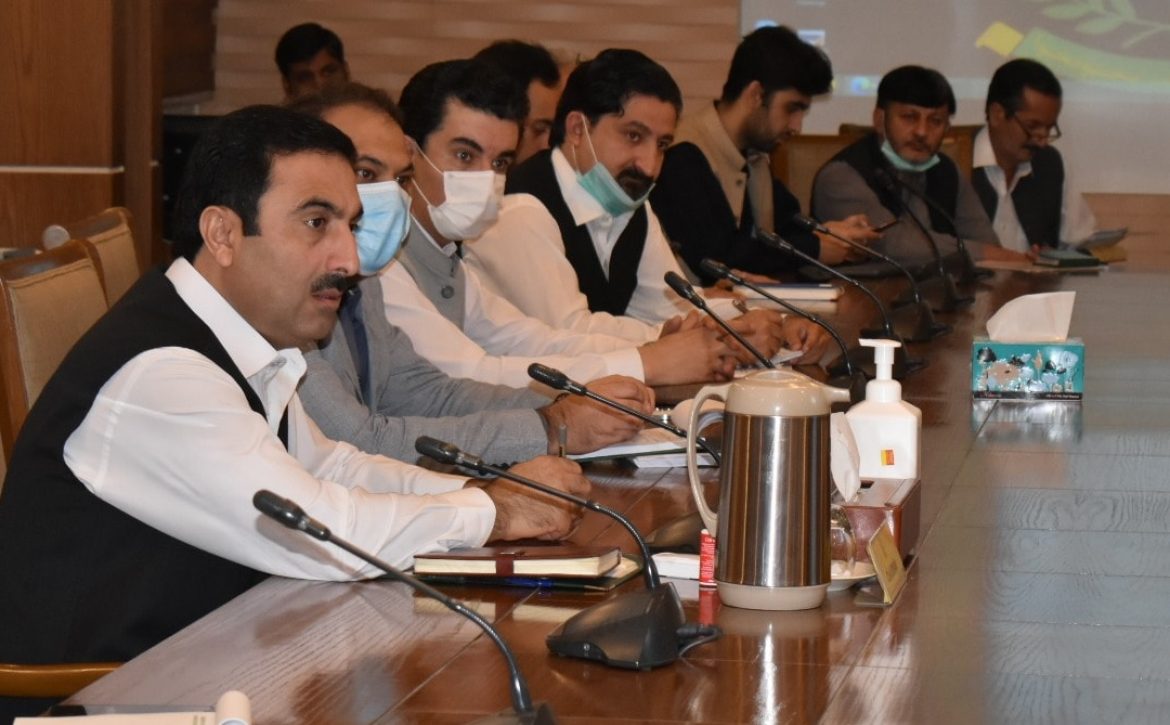 Weekly Review Meeting of The Department 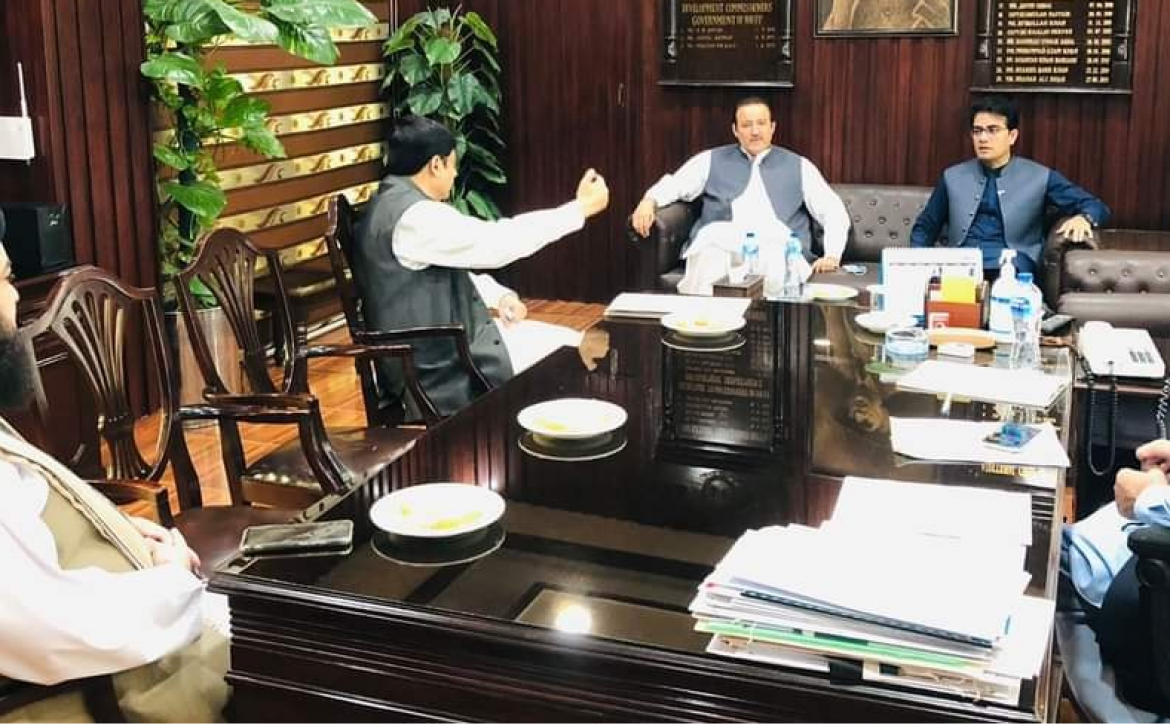 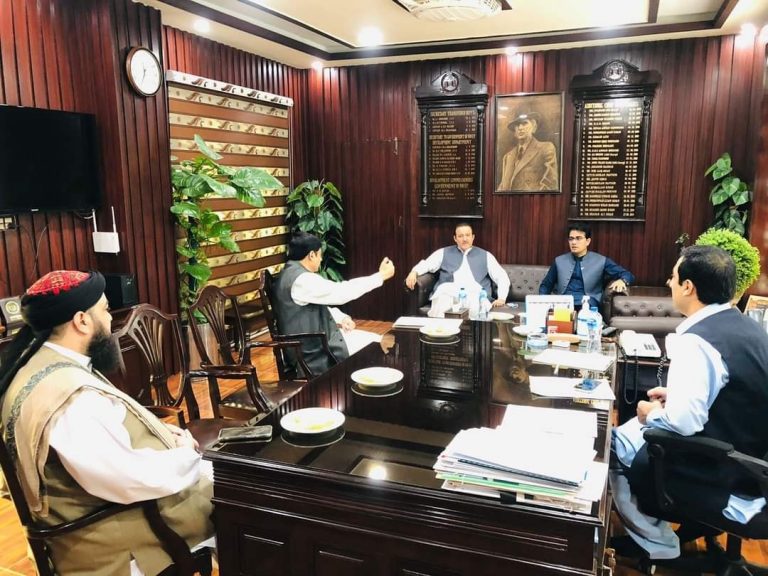 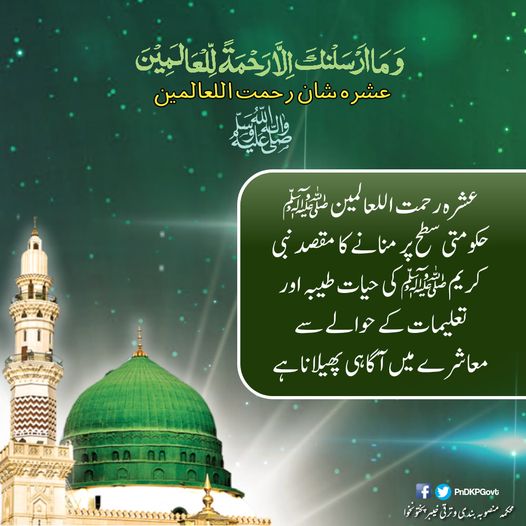 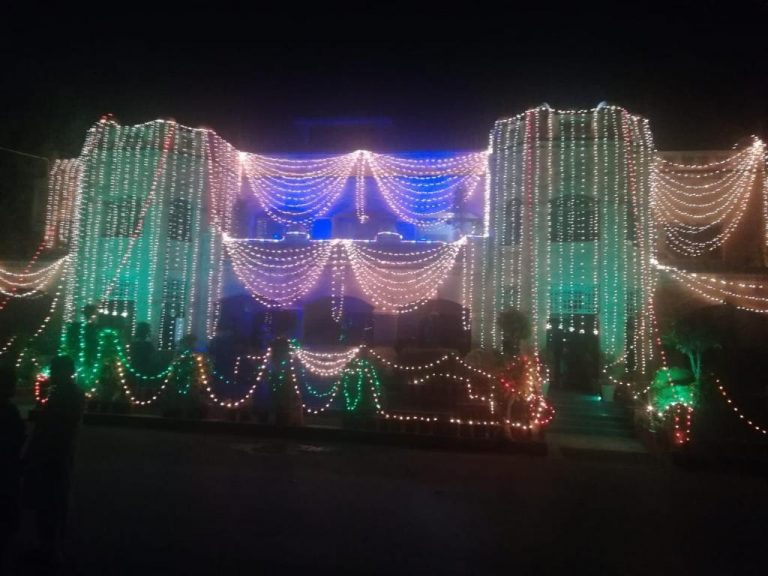 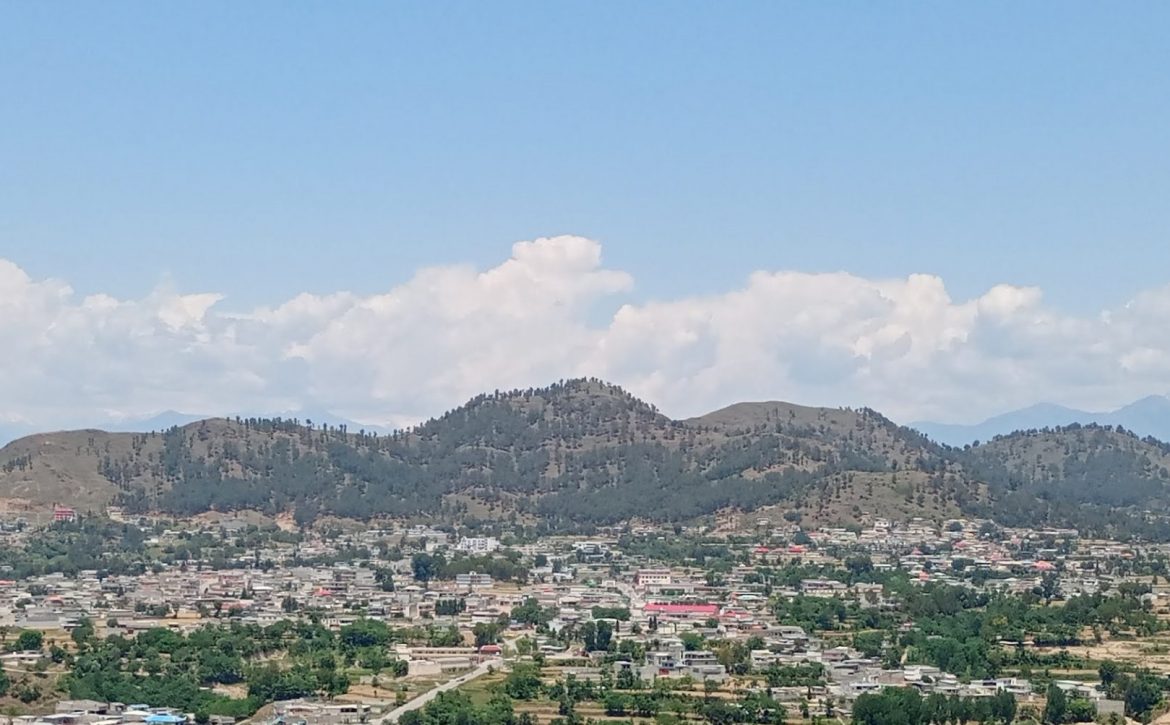 Meeting on to Establish New Balakot City to Promote Tourism

Prime Minister Imran Khan presided over the meeting regarding the development of New Balakot City as a tourist destination. The government is building new tourist destinations in the mountains to boost tourism in the country. To achieve this end, prominent private investors in the tourism and hospitality sectors are being attracted to the public-private partnership mode. The Prime Minister directed the concerned federal and provincial authorities to take all necessary steps to provide full facilities to private investors in this regard. He directed the KP government to complete the project from IRA as a tourist destination. The Prime Minister further directed that cultivable lands should not be included in the plan to ensure food security in the region.

Earlier, the Prime Minister was informed that Feasibility Study of Rs. 19.5 billion project to develop New Balakot City as a tourist hub on Design-Build-Finance-Operate and Transfer (DBFOT) mode has been completed by NESPAK and KPMG. Under the proposed project, 63% of the total 6753 residential plots are allotted for allotment to local victims, while the remaining 2480 residential and 575 commercial plots besides 800 apartments will be auctioned to raise funds for the implementation of the project.

The Prime Minister was informed that the development of New Balakot City was primarily the responsibility of the KPK provincial government rather than the federal government. The KP government has already acquired land for this purpose. The project, to be completed under a public-private partnership (PPP), will include a youth hostel, a theme park, a camping ground and a three-star hotel. Upon completion, the project will not only reduce the pressure on existing tourist destinations, but will also generate more than Rs. 7 billion as a result of sharing expected revenue with the government. 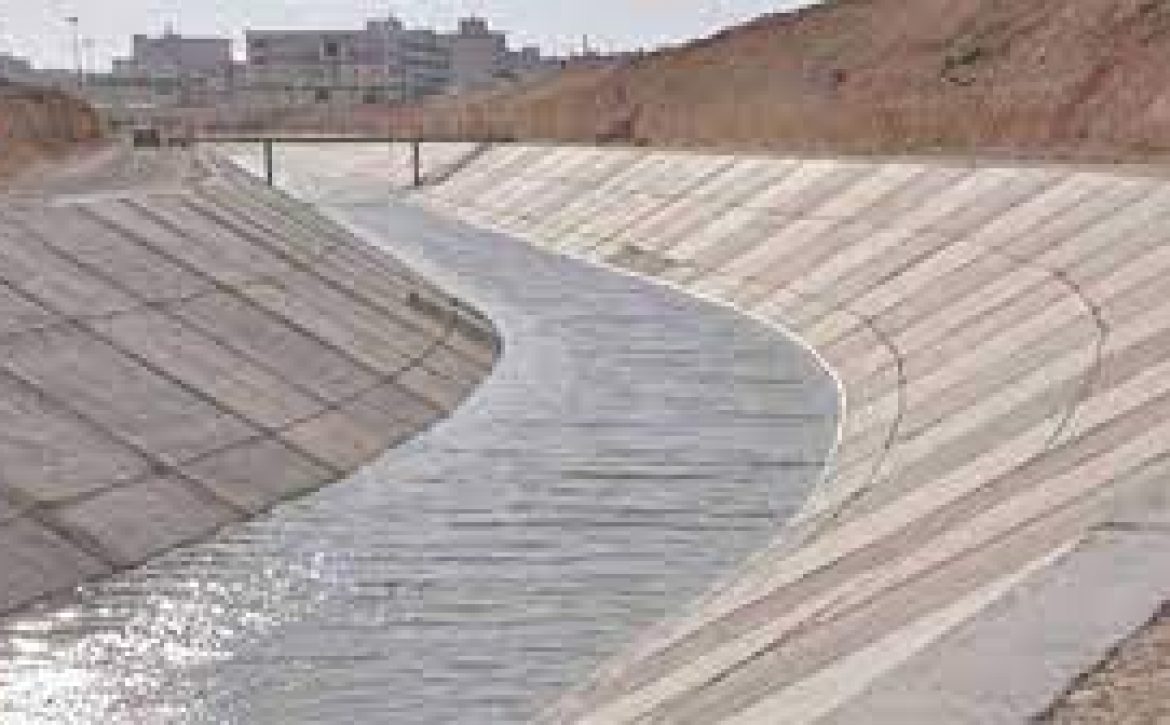 The construction of the Chashma Right Bank Canal (CRBC) Lift Low Gravity Project will be a real game changer for the socio-economic development of a wide area in southern Khyber Pakhtunkhwa, PM Imran Khan said.

Upon completion, the project will irrigate about 300,000 acres of barren land in Khyber Pakhtunkhwa. This will not only ensure food security in the region, but also increase the export of agricultural products to the Middle East, which will be a source of foreign exchange for the country. The Prime Minister directed the concerned authorities to take effective steps to promote corporate farming in the area. This will not only increase the income of farmers in the area but also help in eradicating poverty and hunger, ensuring good education for the local population, basic health facilities and other civic amenities. “We need to make full use of the vast natural resources available for the socio-economic development of our people,” PM added. The meeting also discussed alternative financial models for the construction of Chashma Right Bank Lift Canal (CRBC) mega development project.