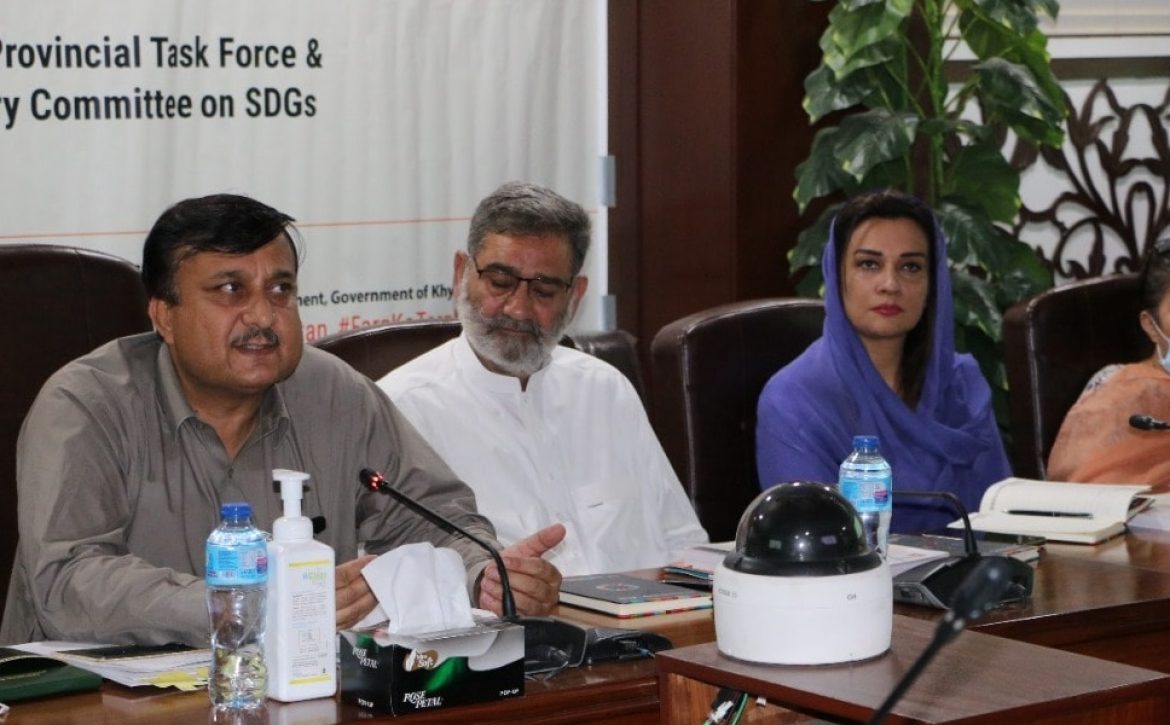 Joint Meeting of PPTF and PAC on SDGs

The first joint meeting of Provincial Parliamentary Task Force and Provincial Advisory Committee on SDGs held under the Chairmanship of Mr. Arif Ahmadzai (Special Assistant to Chief Minister / Convener Provincial Parliamentary Taskforce on SDGs) at the Planning and Development Department. The SDGs unit of the Planning and Development Department briefed the participants on the progress of SDGs in Khyber Pakhtunkhwa & the findings of NHDR 2020.
Previous
Next
Read More
Imran July 10, 2021 0 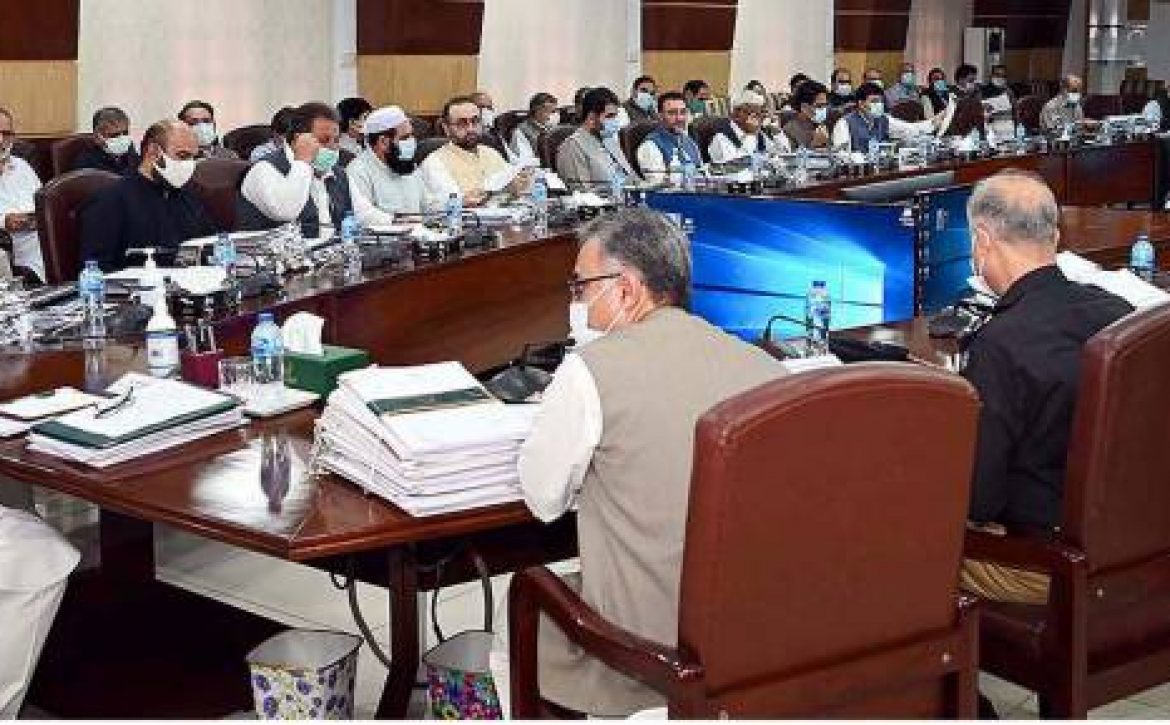 The CDWP has formally approved two major projects in KP

The Central Development Working Party has formally approved two major projects in Khyber Pakhtunkhwa. These projects include Peshawar-DI Khan Motorway and Dir Motorway. Approval of these projects by CDWP is a great achievement of the provincial government, Chief Minister Mehmood Khan said. 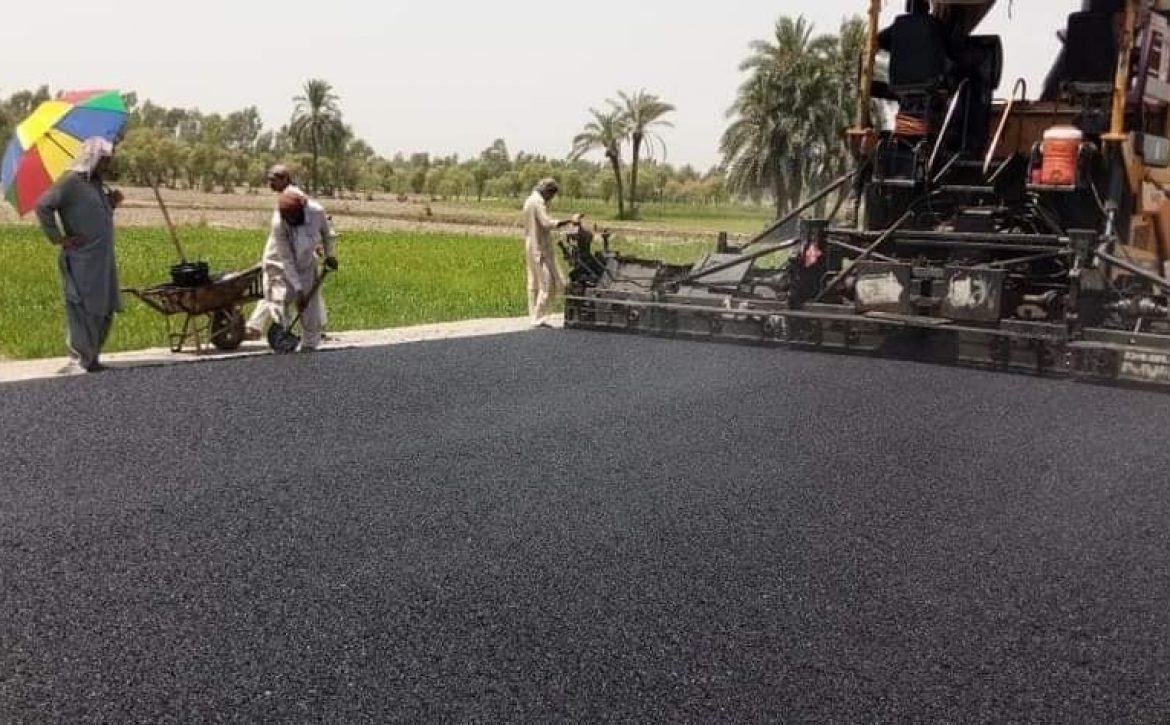 KP Government is Committed to Develop Roads Infrastructure in the Province

Khyber Pakhtunkhwa Chief Minister Mahmood Khan’s commitment to equal development of Khyber Pakhtunkhwa.
Asphalt work has been started on Bannu Circular Road. The construction of the road will reduce the traffic congestion in the city of Bannu and will facilitate the transportation of goods vehicles including the local population. 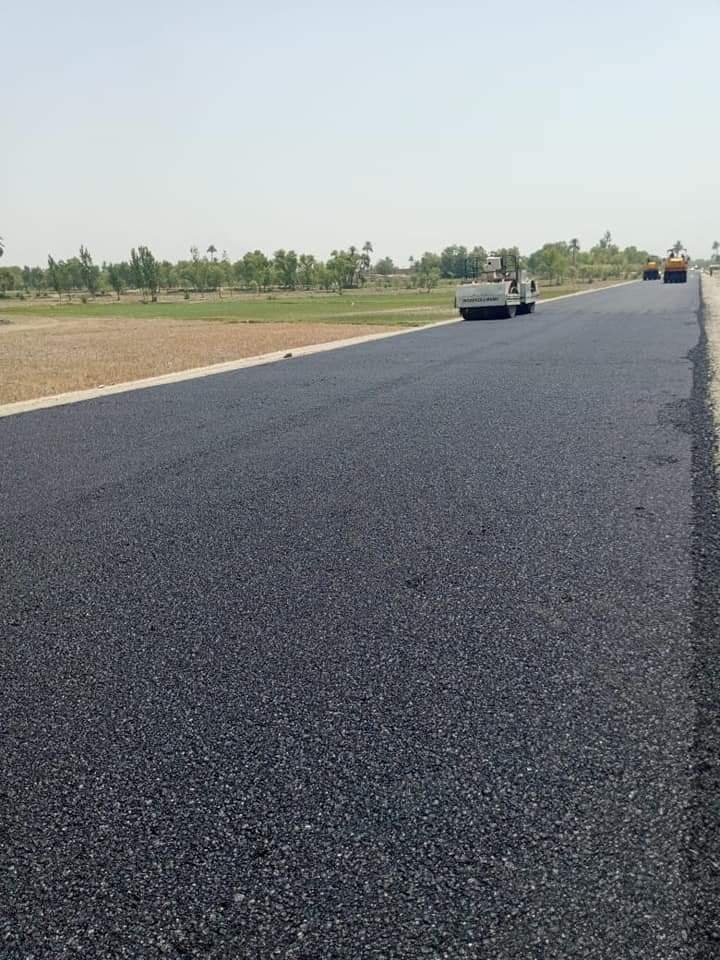 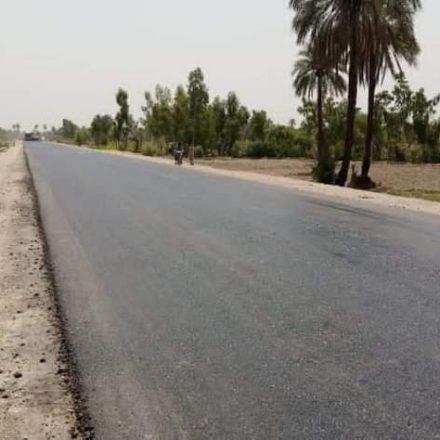 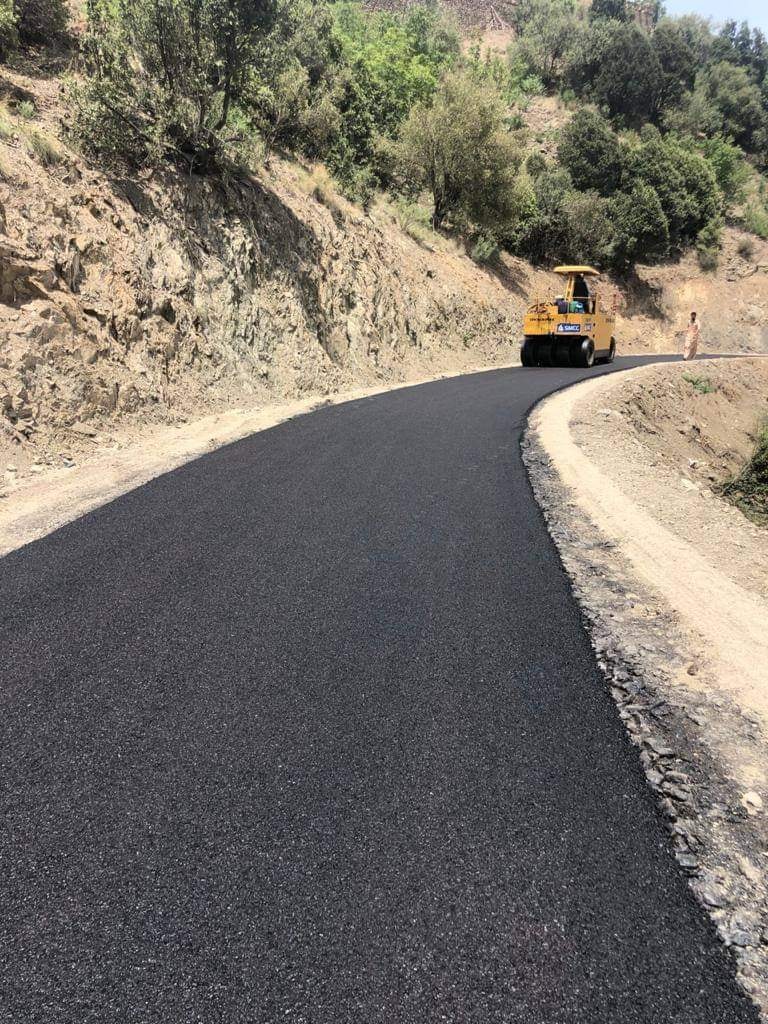 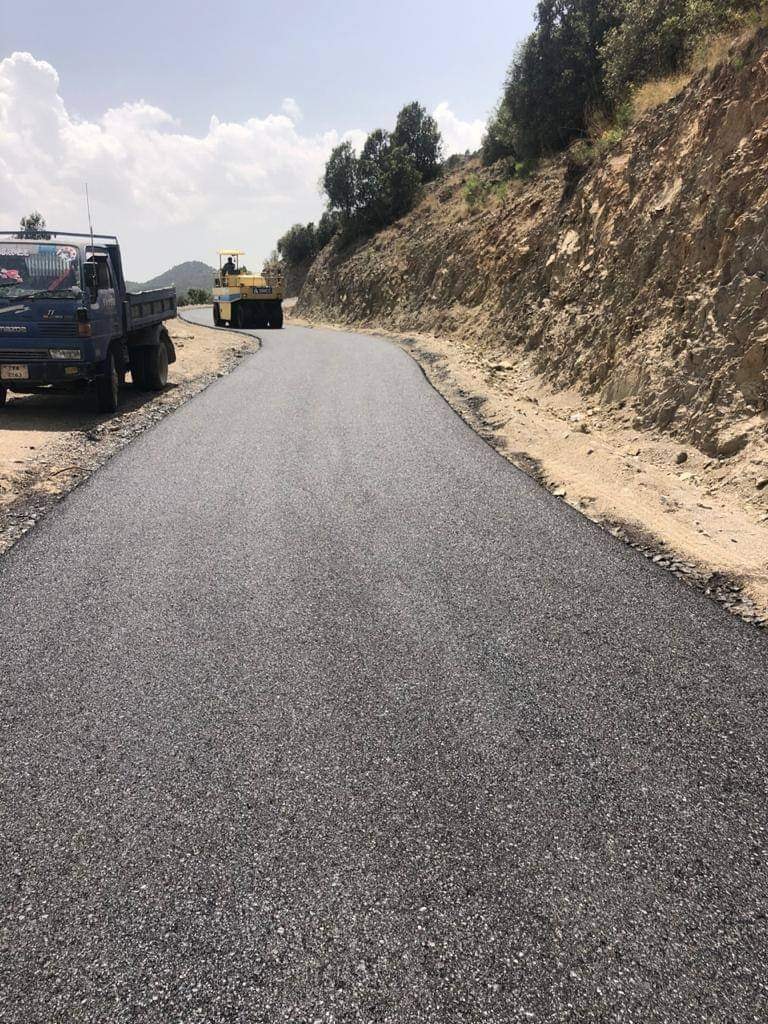 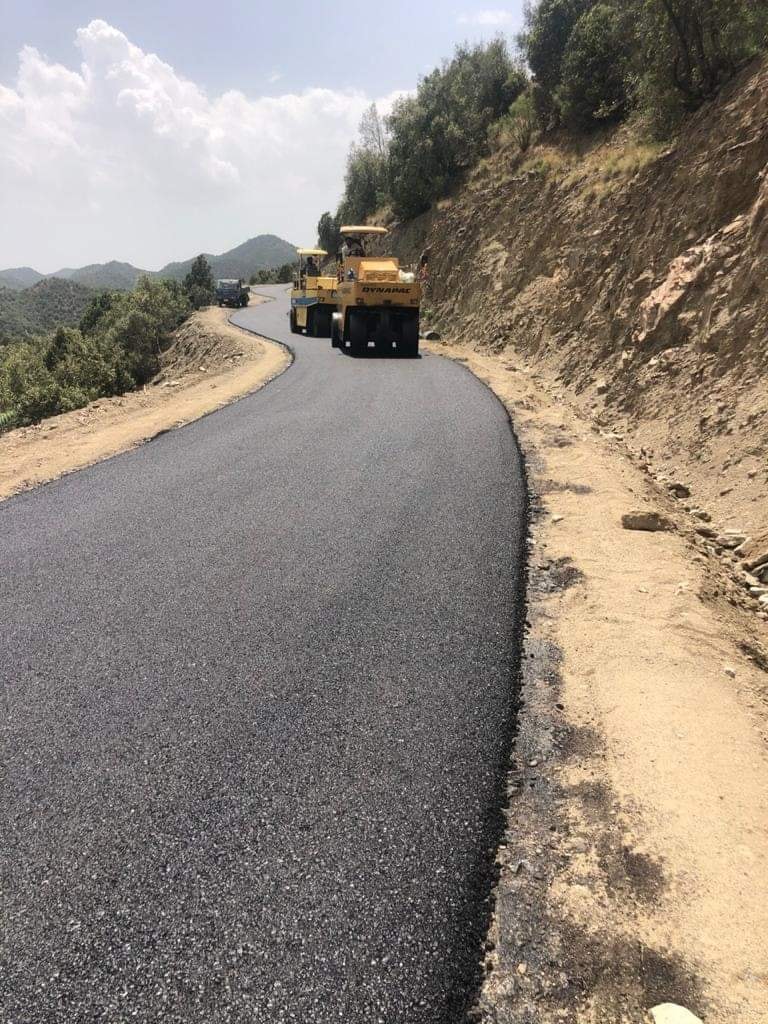 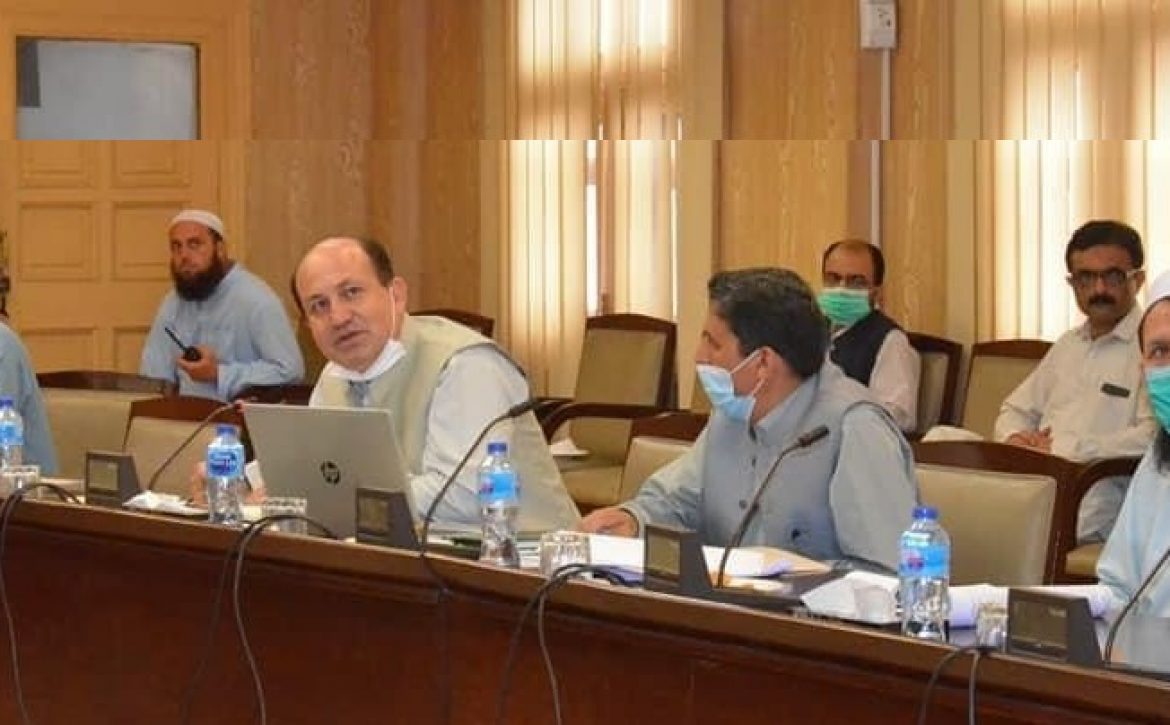 Meeting of KP Assembly Standing Committee on Planning and Development

Khyber Pakhtunkhwa Assembly Standing Committee on Planning and Development convened a meeting at the provincial assembly secretariat, where the forum was briefed by Secretary P&D about the various function of Planning & Development Department, Government of Khyber Pakhtunkhwa. The committee reviewed the existing Project Policy and was briefed in detail about the department’s functions, rules of business, ADP policy and the details of funds for Merged Areas and AIP (Accelerated Implementation Program) for the year 2020-21 and 2021-22. 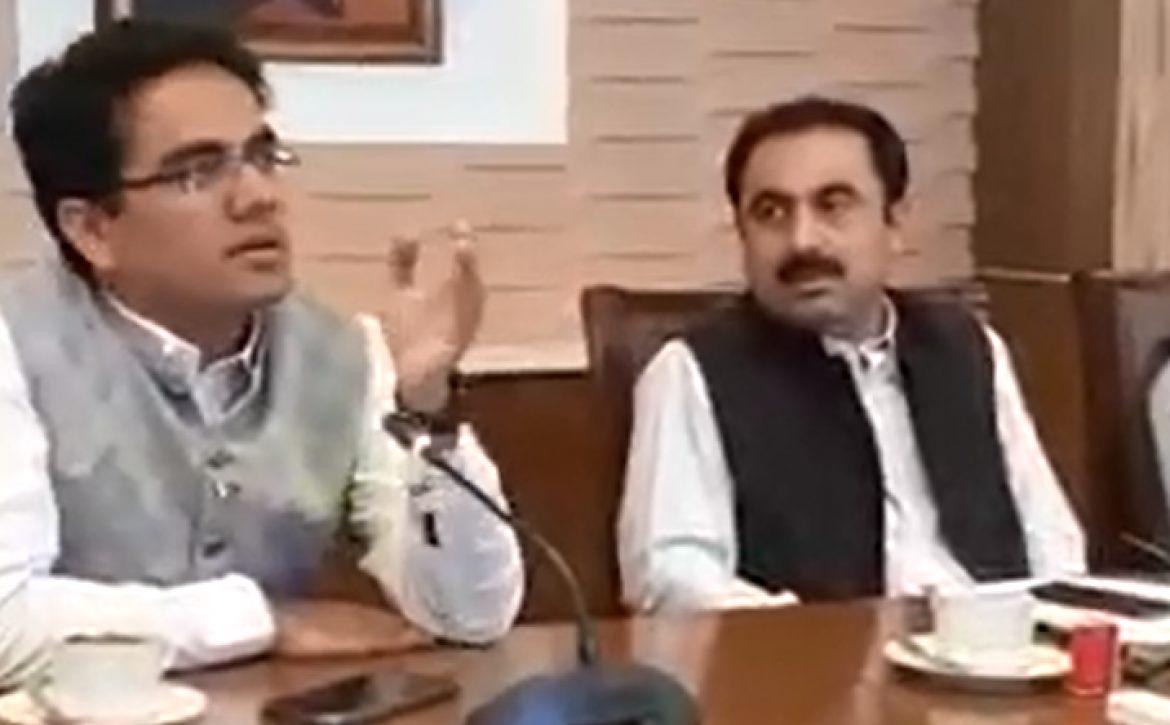 Meeting on the Beautification of Provincial Capital Peshawar

On the direction of Chief Minister Khyber Pakhtunkhwa Mehmood Khan, it has been decided to restore and beautify the important squares and streets of the provincial capital Peshawar. An important meeting regarding the comprehensive plan for the beautification of the historic city of Peshawar in Asia was held on Monday at the Planning and Development Department.
Elected representatives from Peshawar were accompanied by Special Assistant to the Chief Minister for Information and Higher Education Kamran Bangash, Parliamentary Secretary to the Ministry of Home Affairs in the National Assembly Haji Shaukat Ali, Members of the Provincial Assembly Asif Khan and Pir Fida participated.
On the occasion, Additional Chief Secretary Khyber Pakhtunkhwa Syed Shehab Ali Shah spoke in detail on the renovation project of Peshawar. Special Assistant to Chief Minister Kamran Bangash told the meeting that Peshawar is one of the few cities with a history of thousands of years which is called a living city and a comprehensive plan to restore and renovate Peshawar’s historic status on the direction of Chief Minister Khyber Pakhtunkhwa Mahmood Khan has begun. This is an important step towards the realization of the vision of the Prime Minister of Pakistan Imran Khan, which is to highlight the beautiful and historical image of Pakistan to the world.
The meeting was informed that in the initial phase of the renovation project, 20 streets of Peshawar would be made model streets while in the second phase, a target of 200 streets has been set. In the matter of Model Streets, the views and suggestions of the elected public representatives of Peshawar were sought which will be presented in the next meeting. The Director General Peshawar Development Authority was directed to present the plan for 3 squares of Peshawar Ring Road with all the details in the next meeting. On this occasion DG Peshawar Development Authority was informed to present a comprehensive plan for GT Road, BRT Main Corridor, Charsadda Road, Gulbahar Road, City Circular Road, Faqirabad Road, Warsak Road, Dilla Zak Road, Palusai Road and Bara Road so that work on Peshawar’s major highways can begin as soon as possible. 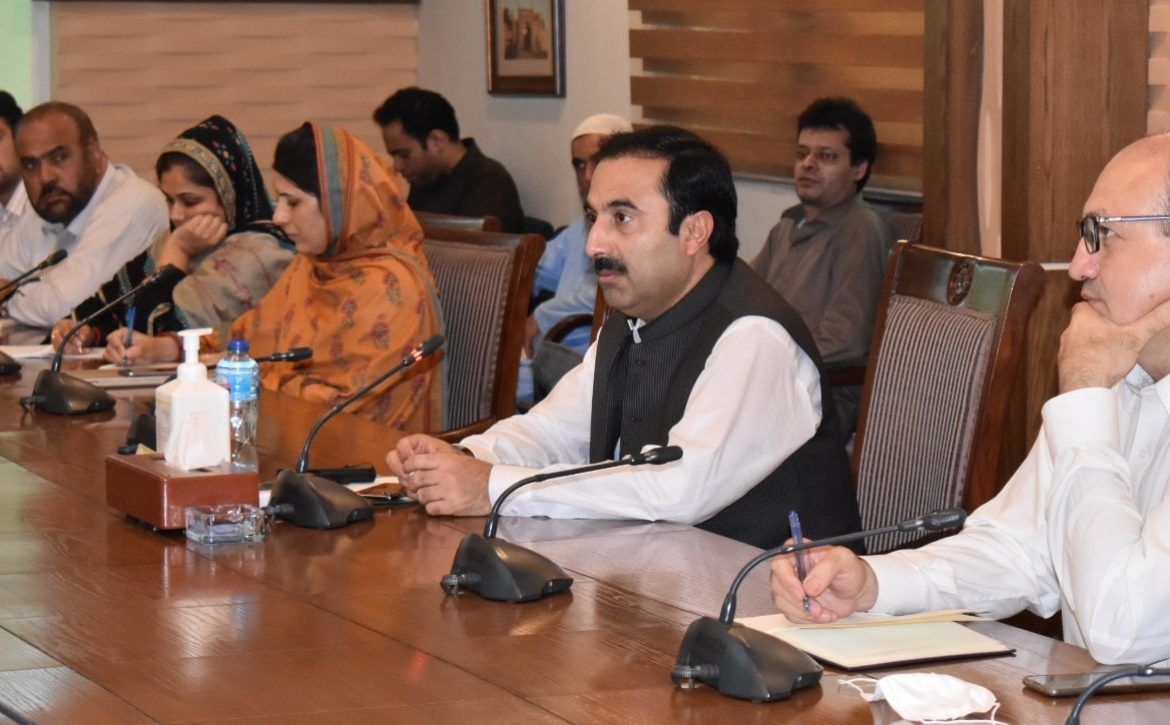 Meeting on Tracking and Monitoring of Important Development Projects 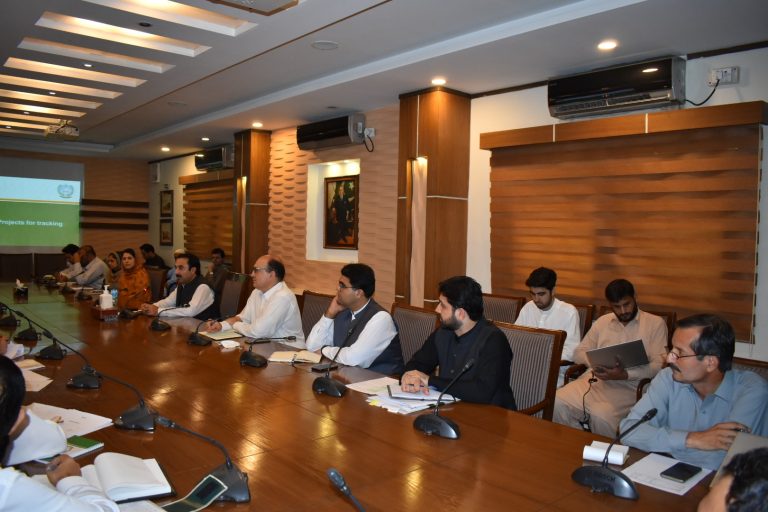 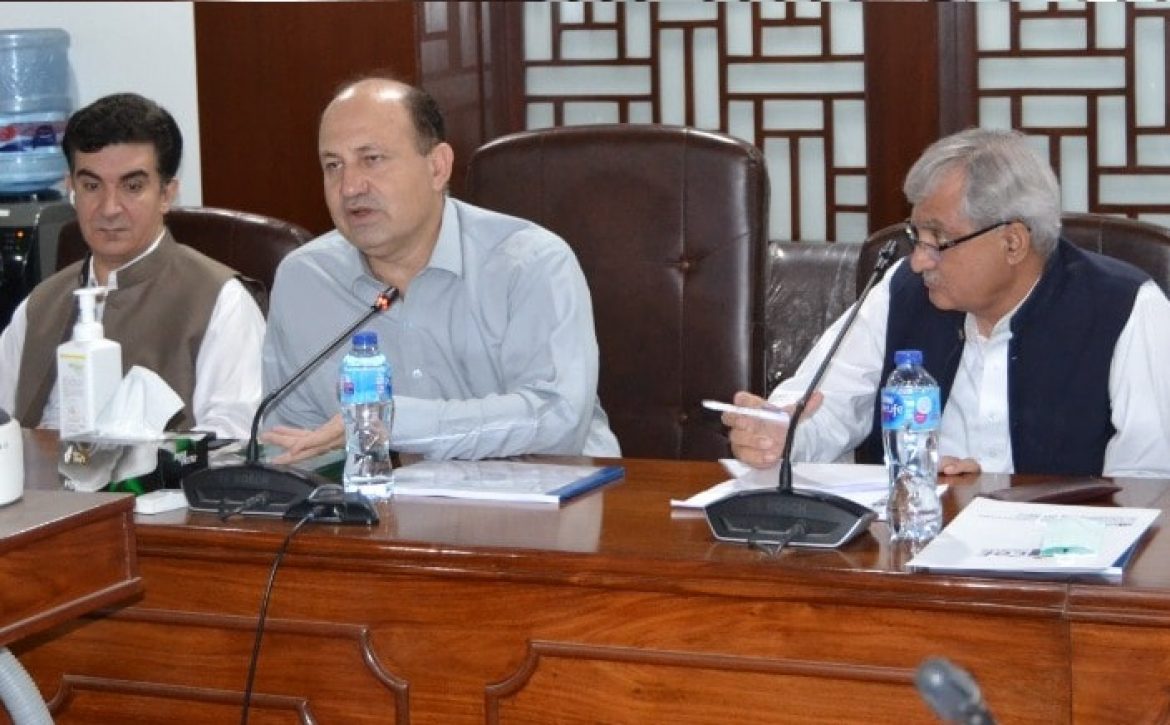 Technical Committee Meeting on Review and Finalization of Planning Manual

Meeting of the technical committee constituted for review and finalization of Planning Manual held at the Planning and Development Department today.
Planning Manual is being prepared by GPP KP for Planning and Development Department Khyber Pakhtunkhwa. The Planning Manual when finalized and approved will be the first document of the P&D Department to be used as guiding document for the planners in respect of project identification, preparation, appraisal, approval, monitoring, evaluation, completion and closure of projects.
Previous
Next
Read More
Imran July 30, 2021 0 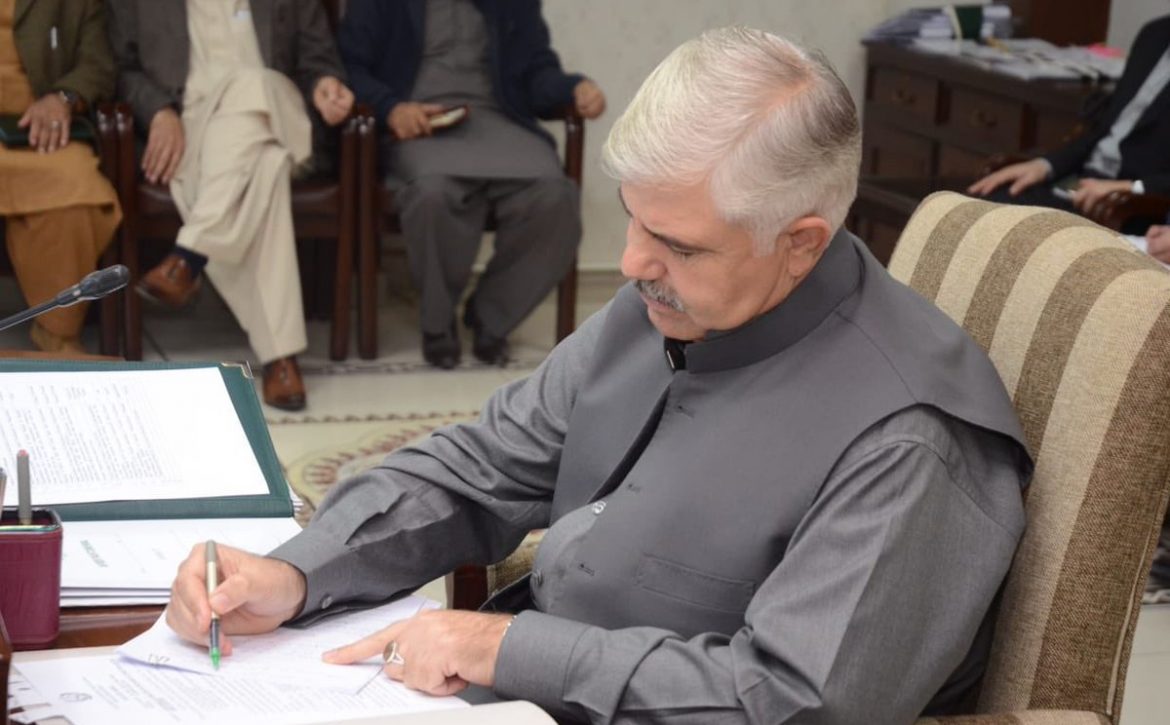 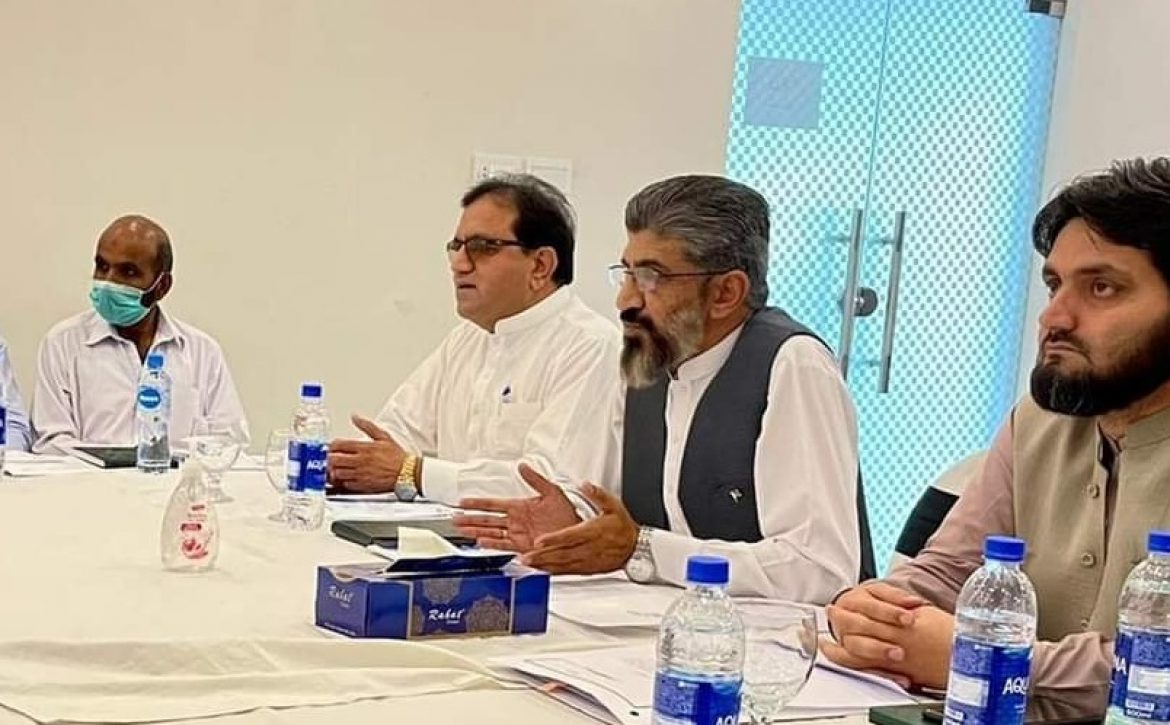 Inception Workshop arranged by Planning and Development Department Khyber Pakhtunkhwa and KFW with participation of PHE, TMAs & LG&RD Departments held in Manshera. A project with pilot schemes of Drinking Water Supply & Solid Waste Management as well as Capacity Building of the Departments & provision of Machinery and Equipment’s has been discussed for collective understanding. 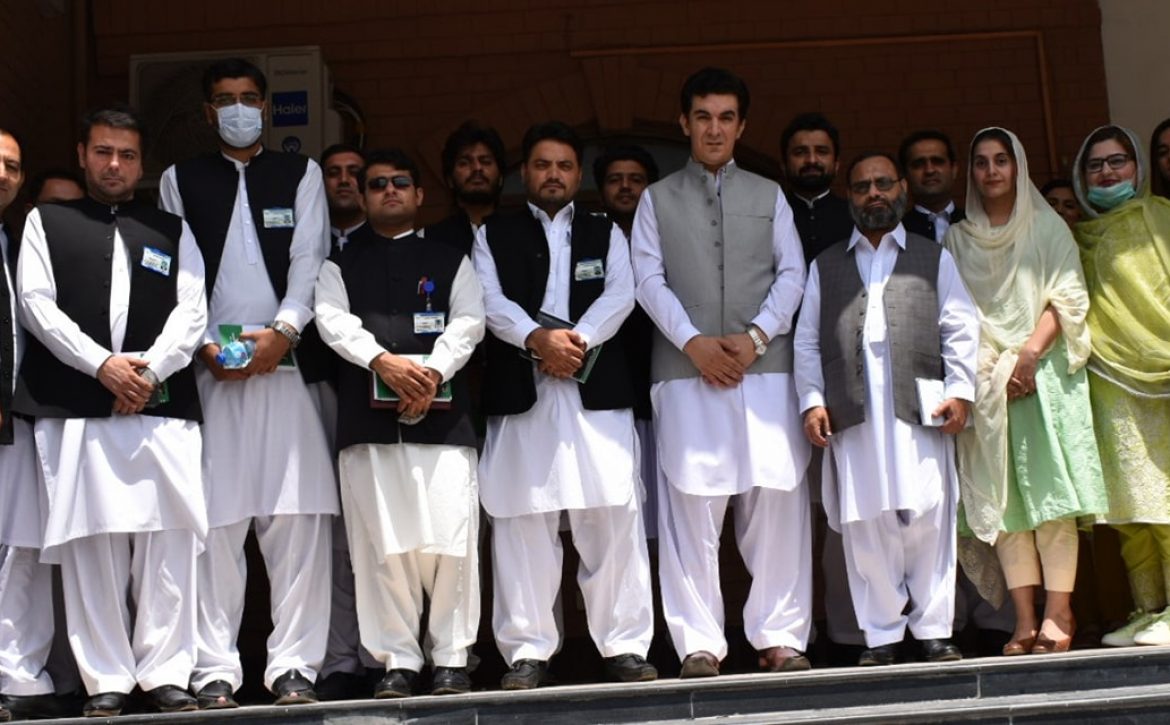