Meeting of Public Private Partnership Committee chaired by Chief Minister Khyber Pakhtunkhwa Mahmood Khan. Good news for the people of the province, approval has been given for the construction of Dir Expressway and Peshawar DI Khan Motorway under public-private partnership. The Dir Expressway will be constructed at a cost of Rs. 33.5 billion. The 30 km long expressway from Chakdara to Rabat will be constructed. The construction of this highway will reduce the distance by 27 km. The four-lane expressway will have two tunnels and three interchanges. 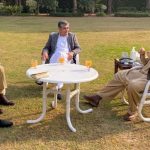 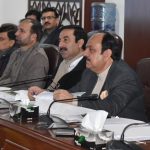